Edward Snowden Answered the Question We've All Been Wondering

General view of atmosphre at Edward Snowden Interviewed by Jane Mayer at the MasterCard stage at SVA Theatre during The New Yorker Festival 2014 on October 11, 2014 in New York City.
Bryan Bedder—Getty Images for The New Yorker
By Benjamin Snyder / Fortune

In case you were curious, Edward Snowden still enjoys pizza in Russia.

“Do you miss pizza? Favorite thing about Russia so far? If you could be an insect, which would you be and why?” a Reddit user asked Snowden in a recent AMA, or “Ask Me Anything.” Snowden’s response was short and sweet: “This guy gets it. Russia has Papa John’s. For real.”

But Snowden also took the opportunity to answer questions on more serious subjects. After all, the conversation was centered around Section 215 of the Patriot Act. That’s one section Snowden brought to the public’s attention in 2013 when he leaked information about the NSA’s telephone records collection program.

Snowden took the AMA opportunity to respond to a question about Senator Rand Paul’s filibuster against the Patriot Act. Snowden wrote:

Snowden conducted the Reddit conversation along with Jameel Jaffer, the deputy legal director of the ACLU. 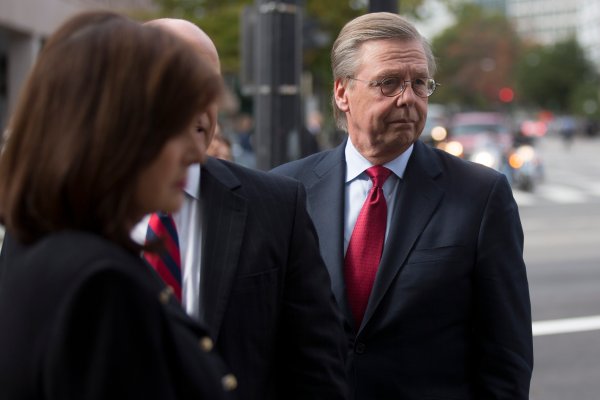 This Massive Healthcare Company Just Got Hacked
Next Up: Editor's Pick