These Airlines Get the Most Hate on Social Media

Love to hate the airlines? Sure you do. And a new study by Crimson Hexagon suggests you’re not alone. Raging against airplane travel is becoming a serious national pastime.

What are passengers saying? Here are a few of the social media callouts mentioned by the report:

“And to top this day off @AmericanAir lost my bag in a gigantic fail of travel arrangements. #worstairlineever #nothingtowear” tweeted Camille S.

(To its credit, the #worstairlineever responded and started looking for her bag.)

“Got yelled by the representative at the desk and she wasn’t even right, made me loose (sic) my flight 😡 #deltasucks @DeltaAssist stuck at HPN,” lamented Jose Sella.

The report, based on data from Jan. 1 through March 23, finds JetBlue has the highest “positive” rating. But that isn’t saying much; only 33% of the total posts were considered positive and 45% of its posts were negative.

American Airlines and United Airlines were tops in the “negative” rating, each with 56% of their total posts. American had only 10% of its posts in the “positive” category and United barely made it past 20%. American and United are also the most talked-about airlines, according to the study.

American Airlines held the largest presence on Twitter, with 594,000 posts during the study. The next-closest airlines are United Airlines, with 406,000 posts, and Delta Air Lines, with over 239,000 posts, according to the report.

For passengers, these numbers tell us what we already know: When it comes to air travel, there’s plenty to complain about.

But for Crimson Hexagon, these findings suggest there’s a missed opportunity for air carriers. “What airlines need to understand is that every tweet from a disgruntled customer is an opportunity to also connect with that customer and strengthen the relationship,” says Donnelly. “Simply replying to a tweet with a canned corporate apology isn’t enough anymore.”

If airlines want to improve — and who doesn’t want that? — they need to adopt a more human tone and consumer-focused approach, both in their companies and through social media.

“Then airlines can genuinely connect with customers and ultimately increase brand loyalty and affinity,” says Donnelly.

If that happens, maybe passengers will have to look for a new hobby. 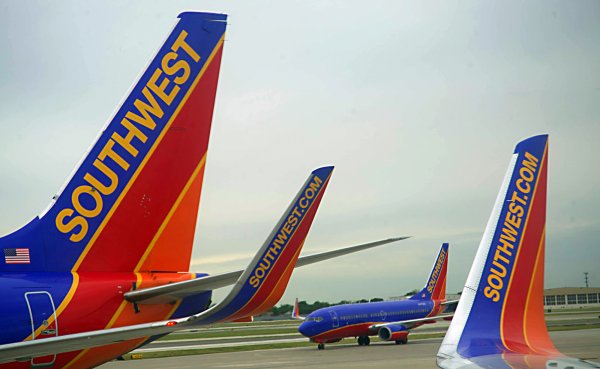