At the end of this week’s season premiere of The Bachelorette, the producers gave a sneak peak at all the drama to come in the new season of the show. In the promo, the producers document newly-minted Bachelorette Kaitlyn Bristowe’s fairytale journey to find love complete with canoeing, celebrity guest appearances (hi Amy Schumer!) and sumo wrestling. It’s all rose petals and romance—until around the 1:30 mark, when things get darker. The men start to get jealous watching Kaitlyn kiss other beaus. Not helping the situation is the return of Nick Viall, a finalist from Andi Dorfman’s season, who’s been vocal about his feelings about pre-marital sex. (In case you missed it: He deemed Andi’s decision to have sex with him in the Fantasy Suite “not appropriate.”)

Kaitlyn seems to shrug it off, though, saying: “If the physical part of a relationship isn’t there for me, that is a deal breaker.” Fair enough—that’s how most of the world functions when it comes to romance. As emotions rise, one man soothes his friend’s feelings, “It’s just kissing.” And it is just kissing—until suddenly, it’s not. The lights go out, there’s the sound of heavy breathing, and it becomes clear that an adult woman on a dating reality show had sex. Cut to a picture of a crying Kaitlyn.

In the video, Kaitlyn clearly states that she’s not a bad person and she’s not ashamed of herself. So why does it seem like the producers want to make her look like she is? The next few minutes of the promo are just Kaitlyn crying, curling up in a ball, hiding her face and then admitting her actions to the other men for public pillorying. The men are shocked. One stalks off: “Don’t talk to me!”

Let’s get real: This is not the first time that someone has had sex on this show. The show’s “journey to love” culminates in three back-to-back overnight dates in a Fantasy Suite. We all know what happens there, even if it’s not documented for the camera. This isn’t even the first time that someone has had sex outside of the Fantasy Suites. Remember Courtney’s and Ben’s tryst in the ocean? Or Clare and Juan Pablo? Bachelor Bob Guiney supposedly had sex with at least five different women on his season. Host Chris Harrison low-balled that 67% of couples have sex on the show. Despite that, Courtney is still considered a villain; Clare was blasted on blogs and Twitter for her night with Juan Pablo.

But, of course, those infamous encounters all took place on The Bachelor, not The Bachelorette. Does the show have a double standard when it comes to the perception of its Bachelorette? Maybe. Bachelorette Andi Dorfman certainly got her share of slut-shaming after her Fantasy Suite encounter with Nick Viall came up on After the Final Rose. (To her credit, Andi was having none of it.) Based on the promo, it seems like Kaitlyn is in for similar treatment. Some viewers definitely thought so; many took to Twitter to express their dismay over the producers’ perceived slut-shaming of Kaitlyn.

“I made a mistake. That doesn’t mean I’m a bad person,” Kaitlyn wails in the video. Let’s hope the producers remember that this season. 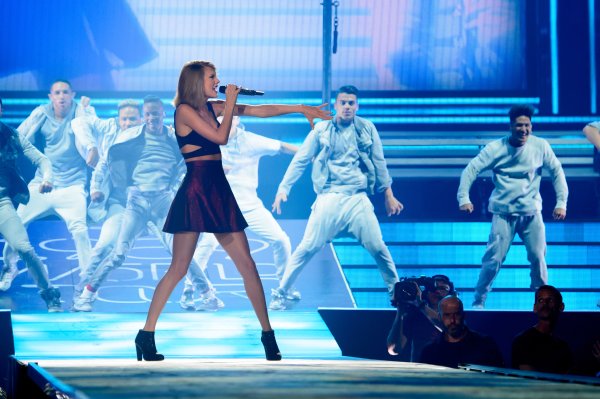