Daron Dylon Wint, 34, is wanted for murder one, while armed, according to a press release issued by the Metropolitan Police Department.

“Detectives from the Metropolitan Police Department are seeking the public’s assistance in locating 34-year-old Daron Dylon Wint in connection with a quadruple homicide which occurred on Thursday, May 14, 2015, in the 3200 block of Woodland Drive, Northwest,” the release states. “He is wanted pursuant to a DC Superior Court arrest warrant charging him with Murder One while Armed.”

Police were able to identify the suspect thanks to DNA left on the crust of a Domino’s pizza that was ordered to the home on May 13, The Washington Post reports.

Wint is described in the release as a black male, about 5-foot-7 in height, weighing about 155 lbs. Police also released photos of him:

Police had initially released a video seeking a “person of interest” in the May 15 homicide and house fire that has shocked residents in the upscale neighborhood.

Though no motive has been officially released by authorities, there are reports that the family’s son, Philip, may have been tortured before his death.

A family housekeeper, Nelitza Gutierrez, who was not in the residence at the time of the murders because of a voice mail she received telling her not to come in, tells PEOPLE she is unaware of money being delivered to the home.

“Savvas was the one who knew what was happening with the money,” she tells PEOPLE. “He was a good businessman. I did not know anything about it.”

She says the murders keep her awake at night.

“All day long, I think, ‘Who would do this horrible thing to the family?’ ” she says. “I don’t have any clue. They were a very nice, loving, generous family. I feel so bad for them. I can’t sleep well, I can’t eat well. Every morning when I wake up, it’s like a nightmare. It’s very hard, and I am trying to be strong.”

The Metropolitan Police Department is offering a reward of up to $25,000 for information that leads to an arrest and conviction and are asking that anyone with information about this case call police at (202) 727-9099. Anonymous information may be submitted to the department’s text tip line by text messaging 50411.

With reporting by Steve Helling and Christine Pelisek. 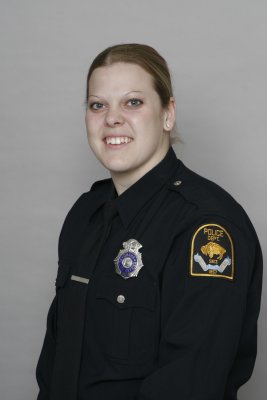 Nebraska Police Officer Gunned Down Hours Before Her Maternity Leave Begins
Next Up: Editor's Pick