He made the comment during Alibaba’s first Global Conference on Women and Entrepreneurship in Hangzhou, China, where the company welcomed high-profile female speakers like the Queen of the Netherlands, actress Jessica Alba, and Huffington Post founder Arianna Huffington. Alibaba used the event to promote female entrepreneurship and showcase its own gender diversity, which puts most tech companies to shame. As of last summer, women made up almost 34% of Alibaba’s high-level managers, and a third of its founding partners. The company also says that more than 40% of its total workforce are women.

“I feel proud that more than 34% of senior management are women. They really make this company’s yin and yang balanced,” Ma said at the conference, according to The Huffington Post. “Women balance the logic and the instinct. I would say this is the ‘secret sauce’ of the company.”

Ma further elaborated that it’s important for his company to have a balance of leadership and ideas to conduct business most effectively.

Despite the feminist sentiment, Ma’s choice of words can sometimes be a bit overly simplistic and stereotyping. He also seems to fall short when it comes to ageism. He recently raised eyebrows when he announced that Alibaba Group’s CEO, Jonathan Lu, would be replaced by the company’s younger COO, Daniel Zhang, as part of what he described as Alibaba’s desire to keep younger and fresher blood running its business. 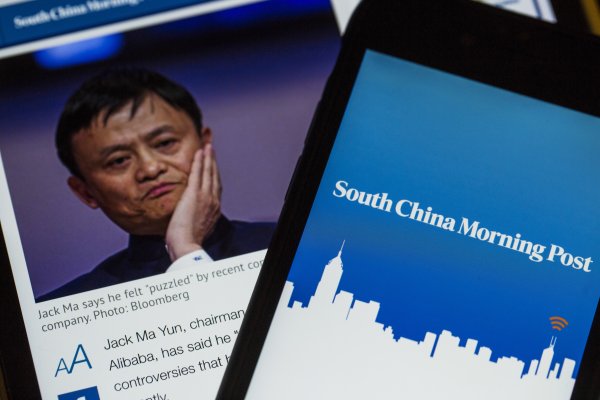