Why Target's Strategy to Aim Upscale is Spot-on

Target (TGT) reported better first-quarter results than Walmart (WMT), showing that its effort to get its “Tar-zhay” aura back is working.

Since Brian Cornell became CEO last year, the retailer has been looking to better cater to middle-class and upper-middle-class shoppers by borrowing some moves from the department store playbook. It’s put mannequins on the floor to showcase clothes and added beauty sections staffed by associates who give advice.

An even bigger project is to reinvent Target’s dull food assortment, which is expected to be completed next year. That includes more focus on organic and natural food and less on processed food younger shoppers and more affluent consumers are increasingly avoiding.

Target had lost its way during the recession, trying to compete head on with Walmart on price and letting a lot of its merchandise become indistinguishable from rivals. Target may be mass merchandise retailer, like Walmart, but its shoppers are five years younger on average than its rivals, and make approximately 23% more ($68,957) per year, according to new data from Kantar Retail. That means it has to offer something different, whether it be occasional collaborations with top designers like Lilly Pulitzer, or hip cookware or organic baby food.

Macy’s has a similar strategy that includes a plan to make 150 of its nearly 800 stores more upscale.

Since its turnaround started going strong last year, Target’s efforts have seemed to paying off. In-store shopper traffic rose last quarter even as online sales gained 38%. And more importantly for Target, customers are spending more at a time when many retailers including Walmart, Macy’s (M), and Kohl’s (KSS) have reported mediocre sales.

Target’s performance was “driven by a lower level of promotional activity this year and a trend in which our guests are trading up to higher quality and premium branded items,” Target’s chief merchant, Kathryn Tesija, told Wall Street analysts on Wednesday.

During the quarter, Target’s gross profit margin rate edged up almost one percentage point to 30.4%, largely because it discounted fewer products. What’s happening is that Target is selling fewer items overall but at higher prices. Customers bought 3.6% fewer items per trip, according to the company, but paid 5.1% more.

That suggests that Target is successfully moving away from being a store where people go to buy commodity products they can find anywhere, to more of a store for buying unique merchandise. If this trend continues, Target will have more pricing power and give it a clear point of differentiation from other retailers, starting with Walmart. And that is critical in an increasingly cluttered retail landscape. 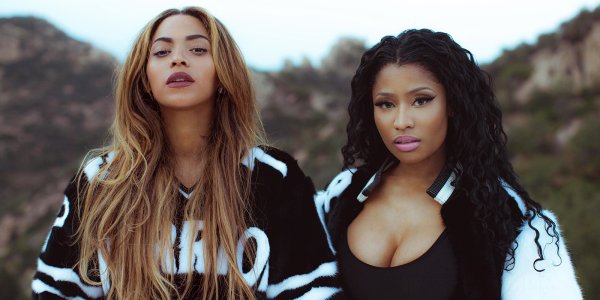 Beyonce Just Made the Ultimate 1% Statement
Next Up: Editor's Pick