Amanda Brooks: Cannes and the Case for High Heels

When I first saw pictures of Inès de la Fressange walking into a film premiere in an evening gown and flat sandals at the Cannes Film Festival in 2011, I thought to myself, Wow. Now that’s style. She had managed to create an appropriately glamorous look that was completely red-carpet ready, presumably comfortable, and very much her. How did she pull this off? I asked myself, knowing that every woman who wears heels has moments when she would trade them in for flats in a heartbeat if she knew she could still look every bit as chic and festive. But let’s remember that Inès has been voted best dressed on many lists, many times — over First Ladies and film stars and other internationally envied stylish women. Ines is beautiful, tall, and supremely confident in the seemingly effortless way she wears her clothes. She also never wears heels. In fact, I don’t even think heels would suit her tall frame and distinct feminine-masculine look. Don’t we all wish we could be her? Yes.

Alas, we are not.

The kerfuffle at Cannes this week comes perhaps not from women who opted for a more practical shoe, but from a sense that the dress code that lends Cannes its glamour and pomp appeared to be relaxing beyond the organizer’s comfort zone. As a longtime fashion enthusiast, I am not one to adhere to rules that can’t be broken, and for the record, I haven’t seen the women or the outfits who were ostensibly punished. I am also clear that attributing Cannes’ weakening dress code to a woman’s shoes is both ignorant and offensive. But forgoing heels at a black tie event is a fashion risk — it needs to be well considered, intentional, and executed with confidence.

Would I wear flats to Cannes? No. I’ve broken many rules regarding fashion formality in my time, including once wearing trousers and another time shorts — yes, shorts! (albeit sequinned ones) — to the exceedingly formal Met Ball hosted by fashion’s high priestess Anna Wintour. But I just wouldn’t feel the way I want to feel on a red carpet in flats. Heels empower me to stand more formally; to both literally and figuratively elevate myself. At 5’9” you couldn’t call me short by any means, but I would feel diminished without the elegance of those few extra inches. I am also vigilant about wearing shoes I can walk in, however. There is nothing — nothing! — as unattractive as a woman who stumbles around in ill-fitting sky-high heels.

All that said, Inès is not the only woman I’ve seen carry off evening formality sans stilettos. My friend Alexandra hasn’t been able to wear heels throughout her adult life for medical reasons, and she is always among the absolute chicest at any formal event. After years of attention paid to getting the look right, she tends to favor long gowns or skirts, concealing her flat shoes underneath a swath of richly colored silk or organza. Or she embraces the more tomboy option of wearing embellished ballerinas or sandals with tailored trousers and an appropriately formal jacket, perhaps embroidered or beaded.

But Alexandra and Inès are both fabulous and inspired exceptions. Rocking up to Cannes in Converse sneakers — as Emily Blunt would have it — is not the obvious answer. Respecting the festival’s mandate to represent the film industry’s tradition of glamour and elegance by choosing the most stylish and empowering shoe for you and your look, height notwithstanding, would be a goal I think we all — as women — could adhere to.

Amanda Brooks is a writer and the former fashion director of Barneys New York. Her new book, Always Pack A Party Dress and Other Lessons Learned From a (Half) Life in Fashion, comes out next week. 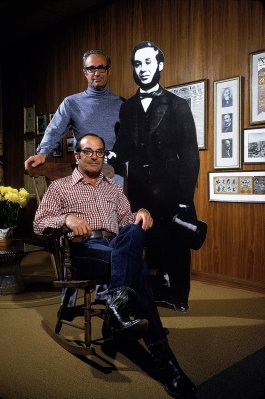 Wish Your Blue Jeans a Happy 142nd Birthday
Next Up: Editor's Pick