Presidential candidate Rand Paul took to the Senate floor to protest the renewal of the Patriot Act, a Bush administration-era law that enables government surveillance.

The Kentucky Republican argued that the programs authorized by the 2001 law improperly constrict Americans’ rights and grant overly broad powers to the National Security Agency.

“There comes a time in the history of nations when fear and complacency allow power to accumulate and liberty and privacy to suffer,” he began. “That time is now, and I will not let the Patriot Act, the most unpatriotic of acts, go unchallenged.”

Shortly after the speech began, the Paul campaign emailed supporters to say that he would “not yield one inch in this fight so long as my legs can stand.”

Paul began speaking at 1:18 p.m., when the Senate was in the midst of discussion of a massive trade deal with Asia, making it arguable whether it was technically a filibuster, a parliamentary procedure used to delay or prevent a vote.

Paul previously filibustered the nomination of CIA chief John Brennan in order to highlight what he considered the danger of drone strikes against U.S. citizens within the United States. 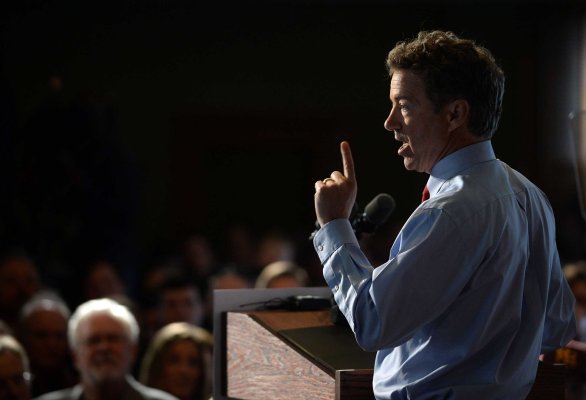 Rand Paul Campaign Takes a Licking in New Hampshire
Next Up: Editor's Pick