Demonstrators protest sexual assault on college campuses at the #YesAllWomen rally in solidarity with those affected by violence in Seattle on May 30, 2014.
Alex Garland—Demotix/Corbis
By Alexandra Sifferlin

A new study of first-year women at a large private university in the Northeastern U.S. reveals that many freshman women have suffered some form of rape.

The study looked at 483 women (a relatively small study size) who were a representative sample of the freshman class and who volunteered to partake in the study. The women filled out questionnaires when they arrived on campus, at the end of their fall semester, at the end of their spring semester and at the end of the summer following their first year at college. The study was published Wednesday in the Journal of Adolescent Health.

In general, rape involving drugs and alcohol was most common among the women in the study. The data also suggests that women who had already undergone a rape before entering college were more likely to report experiencing rape during their first year. “These findings are important not only for sexual assault prevention but for mental health promotion on campus as previous work has illustrated that multiple exposures to violence are strongly associated with poor mental health, including suicidality,” a corresponding editorial on the study reads. The study authors add that risky drinking behavior should be a target for prevention.

The researchers conclude that incapacitated and forcible sexual assaults and rape have reached “epidemic levels” among college women. The findings are among a small population of women, but underline that rape is not an altogether uncommon experience among young women. While it should be noted that the study looks at self-reported rapes and not clinically validated assaults, it’s also important to note that Department of Justice data suggests up to 80% of rapes and sexual assaults of female college students go unreported.

The study replicates findings in a number of other studies, which tend to find that close to 1 in 5 women in college are sexual-assault victims. But over the past year, there’s been a great deal of controversy about using the results from one study as a stand-in for a national average of college rape victims. This has been particularly true of the 1-in-5 number often cited by the White House, which comes from the 2007 Campus Sexual Assault Study of two different colleges. This new study was much, much smaller — its value should be taken as one data point to build a broad picture of sexual assault on America’s campuses.

“These data make clear that prevention programs for both men and women in both high school and college are necessary,” the study authors write. “Programs may need to address trauma-related concerns for previously victimized women.” 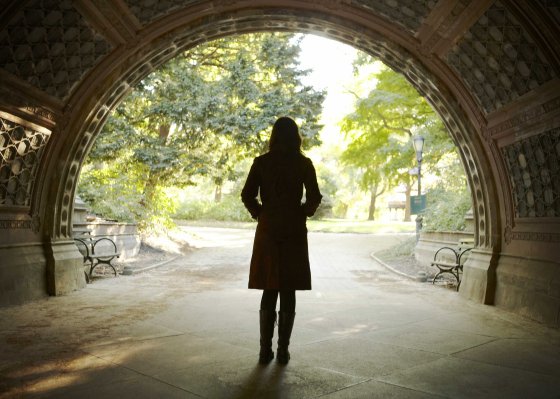 Colleges Need to Think Bigger To End Campus Rape
Next Up: Editor's Pick