Getty Images
Ideas
By Jay Barbieri
Jay Barbieri is the author of Biker's Handbook: Becoming Part of the Motorcycle Culture and the former host of the television show, American Thunder and Two Wheel Thunder.

As an avid motorcycle enthusiast, I’d like to clear up some misconceptions about bikers following the biker “gang” shooting in Texas. While there are certain groups that operate as criminal organizations, it’s wrong to form a negative view of the entire sub culture.

First, I would like to clarify that the word “gang” is not applicable in the biker culture, but rather groups are called “motorcycle clubs,” hence the MC patch worn by members on their jacket or vest. The reason is a historical one: Motorcycle clubs were started shortly after World War II by returning vets who purchased surplus motorcycles from the military at a discounted price. These guys had similar experiences: They had been in the war, purchased motorcycles, and found it hard to adjust to civilian life, many of them suffering from post-traumatic-stress disorder. They formed motorcycle clubs as places where they could gather and feel comfortable.

But one incident in Hollister, California, in July 1947 helped give the culture its negative image. Reports of riots by bikers were sensationalized in the press, and a photo of a drunken man sitting on a motorcycle surrounded by beer bottles was featured in Life magazine. This image left an indelible mark on the general public. It’s human nature to romanticize about any group of people who live on the fringe or outside the law. It’s no different than the dime-store novels that sensationalized bank robbers and outlaws of the Wild West. The outlaw image makes for a good story.

Yes, there are motorcycle club members who live completely outside the law and march to their own drum. However, you can apply that to any group or organization. There is no doubt that bikers clad in black leather, rumbling down the road on loud motorcycles stand out in a crowd, and that makes them an easy target to be perceived as “bad” or “scary.” This perception is enforced by the media.

But the reality is that motorcycle clubs can range from police motorcycle enthusiasts to Christian biker organizations, all of whom have a similar appearance when riding—black leather being dominate. A quick piece of history about black leather and bikers: From the beginning, motorcycles have been notorious for spraying oil, so wearing black leather not only protects the rider but also hides the oil stains.

A lot of motorcycle clubs are about charity and brotherhood. They organize events such as “Toy Run,” when bikers collect toys for children in need for Christmas, or fundraisers for noble causes, such as the Wounded Warrior Program and the 911 Foundation, to name a few. Furthermore, I would guess that many motorists have experienced some kind of assistance when in trouble on the side of the road from a “big, scary” biker.

Take away the motorcycles from the event that occurred in Texas, and you have, unfortunately, just another piece of tragic news. Add in the element of motorcycles, and you get a sensationalized story that fuels the imagination.

Bikers are not going to change their appearance or way of life. It’s part of the freedom we enjoy and fight for in our country every day. People who generalize about our culture would be doing everyone a favor by looking at motorcycle-related incidents, good and bad, individually, before condemning the entire American motorcycle sub culture. 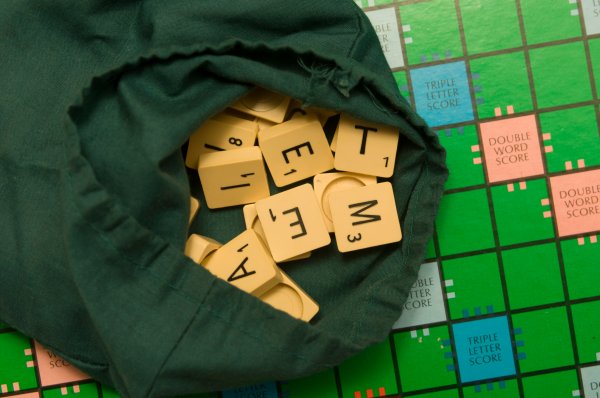 'Lolz' And Thousands Of Other Words Added to Scrabble Dictionary
Next Up: Editor's Pick