Here's What Osama Bin Laden Was Reading Before His Death

Isolated in a secret compound in Pakistan for years, Osama bin Laden was largely disconnected from the realities of the world around him. A list of materials found in his compound released Wednesday by the U.S. government suggests that he learned about the outside world, at least in part, through a trove of English-language documents.

From Bob Woodward’s Obama’s Wars to Oxford’s History of Modern War, bin Laden seemed intent on keeping up with the West’s understanding of war, diplomacy and foreign policy. Other titles include Hegemony or Survival: America’s Quest for Global Dominance by Noam Chomsky, Bloodlines of the Illuminati by Fritz Springmeier and Rogue State: A Guide to the World’s Only Superpower by William Blum.

Bin Laden also collected an array of articles from American news outlets. Some, like a story about al-Qaeda in the Los Angeles Times and copies of Foreign Policy, make sense. But it’s a little less clear why he kept others, like a TIME article about AOL stock.

Letters between members of the bin Laden family and al-Qaeda affiliates were also included in the release.

The office of the Director of National Intelligence, which released the list of documents, said it would review hundreds more papers for possible release in the near future. “All documents whose publication will not hurt ongoing operations against al-Qa‘ida or their affiliates will be released,” said office spokesperson Jeffrey Anchukaitis in a statement. 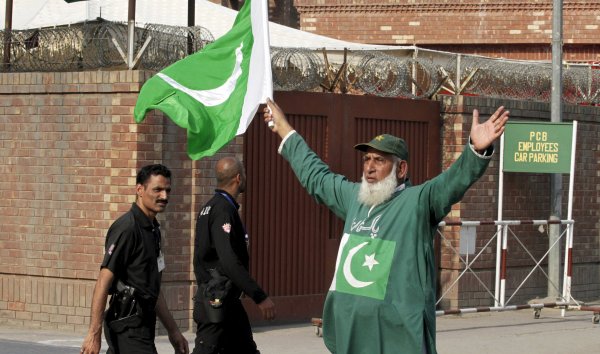