2016 Candidates Must Step Up to the Pope Francis Challenge

President Barack Obama participates in a discussion on poverty with moderator E.J. Dionne, Jr. and Robert Putman Professor at Harvard University, at Georgetown University May 12, 2015 in Washington, DC.
Mark Wilson—Getty Images
Ideas
By Christopher J. Hale
Hale is a Democratic politician from Tennessee; he has been a Catholic nonprofit executive and helped lead faith outreach for President Barack Obama.

During the first year of his pontificate, Pope Francis famously said that the Church shouldn’t become too “obsessed” with only abortion, gay marriage, and contraception. A group of faith leaders in the United States apparently got the memo. Last week, a group of Catholic and Evangelical leaders gathered at a major policy summit at Georgetown University to discuss how they can work together with political leaders to defeat domestic and global poverty.

Sponsored by the university’s Initiative on Catholic Social Thought and Public Life, the summit included a panel with President Barack Obama. During the panel, the president suggested that tackling poverty should be a higher priority for religious groups:

These comments suggesting that churches have focused too much on cultural wars and not enough on poverty caused quite a backlash among the conservative Christian community, with The New York Times’ Ross Douthat leading the charge.

It’s true that the president’s remarks were a bit over the top. There is no greater defender of the poor in the United States than the Christian community. With God’s grace, we started hospitals to care for the sick. We’ve established orphanages and soup kitchens from coast to coast, and we’re part of the largest charitable organizations in the nation, bringing comfort to those who are suffering.

And yes, we defend the dignity of every human life, but we don’t stop at birth. Because while life might begin at conception, we know it doesn’t end there. President Obama knows this reality firsthand. His first job out of college was to organize local residents in the South Side of Chicago to respond to an economic downturn spurred on by local factory closings. His work was sponsored by the Catholic Campaign for Human Development.

But there is something to be said about the president’s suggestion. As my colleague Robert Christian points out in Millennial, while the Church hasn’t been MIA, it hasn’t done enough to help the poor:

The times have changed. While Jerry Falwell’s Moral Majority brought Catholics and Evangelicals together in the 1980s to promote traditional family values, prayer in school, and to outlaw abortion, today’s coalition has a much broader and altogether different agenda.

President Obama might rightly complain of Christian leaders’ efforts to address poverty in the United States, but this new faith coalition is leading the fight. Under their direction, Obama’s successor won’t have much to complain about, and will be expected to have a better, more robust approach to addressing the scandal of poverty in our nation. 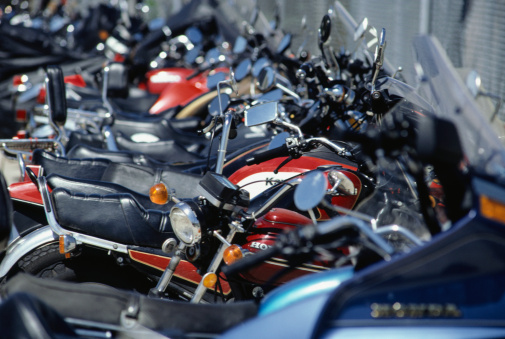 The Theology of a Biker Gang
Next Up: Editor's Pick