This Is Why Australia Has 'National Sorry Day'

Rhonda Randall and Sharon Mumbler stand proud with their "Sorry" scarf as Kevin Rudd's Broadcast apology to Aboriginal Peoples of Australia at Penrith Council on February 13, 2008 in Penrith, Australia.
Newspix—Newspix via Getty Images
By Jennifer Latson

In 1998, a coalition of Australian community groups declared May 26 “National Sorry Day”: an annual day of atonement for the social-engineering policy that ripped an estimated 50,000 children from their Aboriginal families between 1910 and the 1970s. But it took Australia’s government another decade to utter an official apology.

By some accounts, the policy of removing mostly mixed-race children from their Aboriginal tribes was well-intentioned. Officials and missionaries, arguing that the children would have more advantages in mainstream Australian society, took them to be raised in orphanages, boarding schools or white homes, according to a 2008 TIME story about the eventual apology. Other justifications smacked of eugenics, as with the argument by A. O. Neville, Australia’s Commissioner for Native Affairs in the 1930s, that people of Aboriginal descent could only be assimilated by “breeding out the color.”

The policy created six decades’ worth of what Australians call the “stolen generations,” children who lost their cultural and familial identities, and many of whom never saw their relatives again.

But Australian politicians were slow to embrace “National Sorry Day,” which has since been renamed “National Day of Healing.” In 1999, conservative Prime Minster John Howard expressed “deep and sincere regret that indigenous Australians suffered injustices under the practices of past generations,” but stopped short of apologizing. His administration argued, as TIME reported, that “it was not responsible for the actions of past governments and that admissions of wrongdoing could open the door to compensation suits.”

It took a new party and a new Prime Minister, Kevin Rudd, to say sorry. Rudd made the apology his government’s first parliamentary act, just after his 2008 swearing-in. He vowed “to remove a great stain from the nation’s soul, and in a true spirit of reconciliation to open a new chapter in the history of this great land, Australia.”

Although Rudd ruled out the possibility of compensating those affected by the policy, he committed $4.5 billion to a project meant to break down barriers to healthcare, education and employment among indigenous people, the New York Times said.

That doesn’t mean that this complicated area of Australia’s history is necessarily a thing of the past. In recent years, protesters have argued that Aboriginal children are still being routinely removed from their families, only now under the auspices of child welfare, according to The Guardian.

Aboriginal grandmothers who survived the first wave of stolen generations told The Guardian, “We live in a state of fear again.” 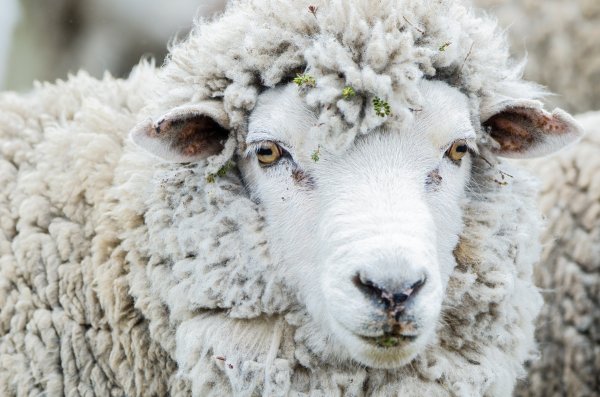 Is It O.K. to Swear at Sheep?
Next Up: Editor's Pick