Egotism Is a Necessary Evil of Generous Donations

My father once traveled with a group of rabbis touring Israel. At each stop they saw plaques commemorating the philanthropists who had donated to help build the hospitals and other institutions. Some of the walls, festooned with accolades, resembled honeycombs whose ingenuity of design enabled them to accommodate ever more names. After a day of touring, the bus headed back to the hotel. Staring out at the darkening horizon, one of the rabbis said, “Look everyone, the Goldberg memorial sunset!”

Non-profit institutions constantly face the thorny issue of donor recognition. All they can offer a donor, apart from the intrinsic satisfaction of having done a good thing, or supported a worthy cause, is public acknowledgment. If the donation is substantial enough, you become eponymous, your name enduring as long as the institution—like the Rockefeller, or the Getty.

Yet even that munificent strategy has pitfalls: When my old high school was rededicated by the gift of a generous philanthropist in memory of his brother, some alumni were hurt that the old name, based on an ancient Jewish sage, was abandoned. I know of one relatively new university that deliberately chose an anodyne name so that no one would be attached to it. When a suitable donor is found, people will not object to the new designation.

Ralph Waldo Emerson put it frankly: “Take egotism out, and you would castrate the benefactors.” Seeing your name on a wall offers satisfaction and a sprinkle of eternity. Even in ancient synagogues, archeologists have found dedications incised on stone seats, indicating that the practice memorializing oneself is not new. Look on my works, ye mighty, and despair.

When it comes to donations of all kinds, purity and pragmatism make uneasy bedfellows. At a recent conference I attended on biotechnology and ethics, Steven Pinker from Harvard University excoriated the idea (attributed by an ethicist at the conference to philosopher Michael Sandel) that we should forbid people from donating organs for money because it impairs the altruism of the donor. “Would you want to be the one to tell a child’s parents that they cannot buy a lifesaving organ because of the dimming of the donor’s golden halo?” he asked.

I have similarly argued with those who don’t like that my synagogue is full of plaques. “Would you prefer the walls were clean and the halls empty?” To benefit from the generosity of others while begrudging them their own compensations is common enough, but anyone who is responsible for a church, museum, or university knows the attitude is profoundly unhelpful.

Sometimes people will give anonymous gifts, and I have known many who help quietly and wish for no acknowledgment. Does their reticence encourage others to contribute? Since competition is a spur to generosity (in parlor meetings the first gift often sparks others to give), anonymous support may even be counterproductive, dampening the enthusiasm of the competitive giver.

Ideals are often the mask worn by obstruction. If I need a kidney, I don’t care if the donor got money as long as he was not exploited or coerced. If I need to build an institution, I am happy to celebrate generosity that might encourage others and stand as a legacy to the donor’s family and the community. “Don’t be righteous overmuch,” Ecclesiastes advised us more than 2,000 years ago. Poet William Stafford put it best in a classic critique of overzealousness: “If you purify the pond, the water lilies die.” 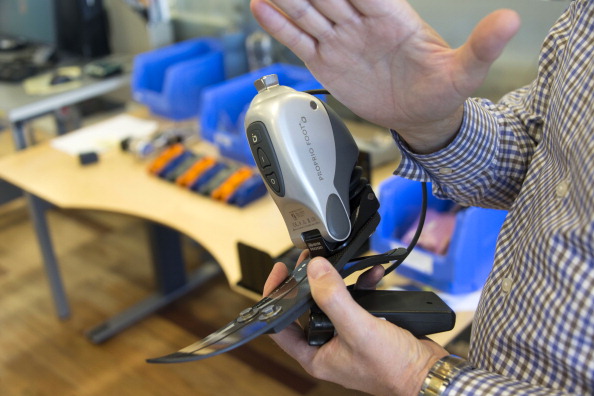 This Simple Procedure Can Give Amputees Bionic Limbs
Next Up: Editor's Pick