Dancing With the Stars Finale: And the Winner Is ...

It’s time start the music, it’s time to light the lights, it’s time to get things started and hand the Mirror Ball Trophy to someone tonight! It’s the finale of Dancing With the Stars, and we aren’t leaving until the last piece of confetti has drifted to the ballroom floor and someone takes that trophy home to sit on their mantelpiece and impress their friends and Girl Scout troops and dog walkers forever.

The crop of stars who populated the 20th season of the perennial competitive reality TV classic has been winnowed down to just three finalists — noted celebrity daughter Rumer Willis, decorated Iraq War veteran Noah Galloway and pirate enthusiast Riker Lynch. Tonight all of them will leave with glitter stuck in their hair, but only one will leave the ballroom with a Mirror Ball.

The Big Open: To make sure that the show’s grand finale is distinct from every other night, the opening number was set on a stage outside. Choreographed by Mandy Moore (no, the other Mandy Moore) it was a big splashy routine that featured Derek back in dancing form. (Little late, Derek!)

Repeat Performance: To kick off the show, Twitter voted and decided they wanted to see a repeat of Riker and Allison’s swinging jazzy freestyle. It’s always fun to watch the repeat performances, because with voting over and the judges no longer weighing in, the dancers loosen up and actually have fun.

Redfoo and Emma Slater: Remember when LMFAO’s Redfoo was on the show? While he got kicked off the first week of the competition, he was invited back to perform a song that was not “Party Rock,” but something called “Juicy Wiggle.” The best part of the song was everybody pretending that grown people dancing to a song called “Juicy Wiggle” was a normal way to pass an evening.

Charlotte McKinney and Keo Motsepe: It was easy to forget that the model from the racy Carl’s Jr. Super Bowl ad was ever on the show, but she was and she returned to drag us all down memory lane with her dance to Katy Perry’s “California Gurls.” The best part of the routine was still Sasha Farber dressed as a crabby crab.

Sadie Robertson and Alfonso Ribeiro: The Duck Dynasty scion and the Fresh Prince star teamed up for a quick routine, but the big surprise came when Tom Bergeron announced that Alfonso would be taking over for him as the host of America’s Funniest Home Videos. His one piece of advice for the incoming host? “Wear a cup.”

Suzanne Somers and Tony Dovolani: The dynamic duo reprised their performance of “Copacabana.” There’s not much else to say about it.

Jason Derulo, Fifth Harmony and Patti LaBelle: Jason Derulo and Fifth Harmony stopped by the show to help kill time. Wasn’t that nice of them? Derulo sang his new single, “Want to Want Me,” while Fifth Harmony performed their new classic “Worth It.” While Patti LaBelle was contractually obligated to be on set for the finale, she was kind enough to sing her song “2 Steps Away.”

Amy Purdy, Derek Hough, Noah Galloway and Sharna Burgess: Amy Purdy, the Paralympian who lost her legs after a bout of meningitis, returned to the Dancing With the Stars set for a performance with Noah, who lost an arm and a leg in war. It was a shining example of the amazing resilience of the human spirit and body, and the desire to perform.

Chris Soules and Witney Carson: The Bachelor star repeated their Footloose performance, because he is heading back to the farm soon and needs to remember what small-town life is like.

Nastia Liukin, Derek Hough and Sasha Farber: Andy Grammer returned to the show to help Nastia Sasha, and Derek reprise their greatest hit, which was set on a subway car and soundtracked by Grammer’s “Honey, I’m Good.” It holds up as one of the best routines of the season.

Willow Shields and Mark Ballas: Despite the fact that Mark couldn’t breathe in his White Rabbit mask, he and Willow did a repeat performance of their fun yet slightly creepy Alice in Wonderland–themed dance. And once again, Mark managed not to pass out.

The Best Routine of the Night: While the glitz and rhinestones and Spanx and props are fun, Dancing With the Stars occasionally has moments of pure genius. Last night, noted dance enthusiast Sia stopped by the show to perform her track “Elastic Heart.” To accompany the song, Derek and Julianne Hough paired up for a dramatic routine. They were joined by two young dancers playing younger versions of the siblings in a staggering side-by-side performance that is well worth Googling. Really.

Patti LaBelle and Artem Chigvintsev: Obviously Patti and Artem had to go back to the club, because Patti LaBelle dancing the salsa to 50 Cent’s “In Da Club” was the highlight of the season, if not the series.

Noah and Sharna: For their final performance, Noah and Sharna did a fusion of the cha-cha and the Argentine tango to Cash Cash’s “Surrender.” At the end of the routine, Len Goodman told Noah, “You’ve given so much for America, why shouldn’t America give you the Mirror Ball?” Julianne called him a warrior, Carrie Ann Inaba said he changed lives forever, and Bruno Tonioli intoned, “You are legend.” Guess they liked it? 36/40

Riker and Allison: Considering they set their final performance to MKTO’s “Classic,” Riker’s and Allison’s fusion of salsa and the quickstep was anything but. The judges were thrilled by the results. Bruno called him a “unique and outstanding talent” and a “powerhouse performer.” Not to be outdone, Carrie Ann called him “a superstar.” Len won though by calling him “the boy who brings joy,” even though he admitted he didn’t always like his “wild and wacky” style of dancing. 40/40

Rumer and Val: This pair manages to make a foxtrot and paso doble fusion seem effortless and natural. Carrie Ann thinks they saved the best for last. Len, who prefaces his statement by saying that he is always honest, says, “You are as good as anyone who has been on Dancing With the Stars.” Julianne takes a page out of Jack Nicholson’s 1993 film As Good As It Gets, tells Rumer that she makes her want to be a better dancer. 40/40

In Third Place: Noah and Sharna. Noah told Erin Andrews that he thought he was going to last three weeks and ended up in third place and he is seemingly very happy with that result.

And the Winner Is… Rumer and Val! Not only is this a big win for Rumer, but after three times in the finals, this is Val’s first victory. 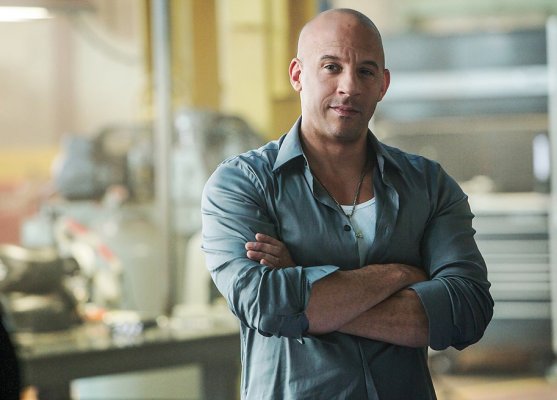