Democratic presidential hopeful and former Secretary of State Hillary Clinton hosts a small business forum with members of the business and lending communities at the Bike Tech bicycle shop on May 19, 2015 in Cedar Falls, IA.
Scott Olson—Getty Images
By Philip Elliott

Almost half of the money from Hillary Clinton’s speaking engagements came from corporations and advocacy groups that were lobbying Congress at the same time.

The Democratic presidential candidate earned $10.2 million in 2014, her first full calendar year after leaving the State Department. Of that, $4.6 million came from groups that also spent on lobbying Congress that year, according to data compiled by the nonpartisan Center for Responsive Politics.

In all, the corporations and trade groups that Clinton spoke to in 2014 spent $72.5 million lobbying Congress that same year.

Asked Tuesday if there were conflicts of interest in speaking to these groups, Clinton was curt with reporters in Cedar Falls, Iowa. “No,” she said.

“Obviously, Bill and I have been blessed and we’re very grateful for the opportunities that we had but we’ve never forgotten where we’ve come from,” she added.

But the speaking fees were more about where they were going next.

For critics, the arrangement shows that many of people who booked an appearance saw it as another way to gain influence with a leading contender to become the next President.

“It’s big money. They’re spending it because they have far greater sums riding on those decisions that they’re trying to shape,” said Sheila Krumholz, executive director of the Center for Responsive Politics. “Corporations or associations must justifiably make these investments because everyone knew for many years that Clinton would always remain a power broker. Every man or woman on the street thought Hillary Clinton would run again.”

As with routine political donations, it’s hard to suss out a direct cause-and-effect from the speaking fees.

Take the Pacific trade deal being negotiated by President Obama. In all, groups and corporations that are pushing for the Trans-Pacific Partnership to be approved spent almost $3 million to hear from Clinton. The signatories to one pro-trade letter, dated March 2014, paid more than $1 million in speaking fees in 2014.

Yet Clinton, who backed the deal as Secretary of State, has since hedged her support in light of criticism from liberal stalwarts such as Massachusetts Sen. Elizabeth Warren.

Critics argue that the harm comes from the perception of improper influence rather than from textbook-definition corruption.

“Some of the damage is already done,” said Larry Noble, a former counsel to the Federal Election Commission and a current adviser to the reform-minded Campaign Legal Center. “It undermines the credibility of our elected officials. Let’s say she becomes President and she takes a position that is pro-Wall Street. Even if she in her heart of hearts believes it’s the right way to go … people won’t believe it.”

The speaking fees were not the only way that companies and trade groups sought to curry influence with Clinton.

San Francisco-based tech company Salesforce.com, which backs the trade deal, paid Clinton $451,000 for speeches in February and October of 2014. Separately, its employees gave the grassroots Ready for Hillary group $55,250. (By contrast, it spent a relatively modest $610,000 lobbying Congress.)

And Cisco, the San Jose-based technology company, paid Clinton $325,000 for a speech in Las Vegas and spent another almost $3.5 million lobbying in 2014. That same year, it again gave to the Clinton Foundation, brining its cumulative total to somewhere between $1 million and $5 million. The Foundation does not detail annual contributions and reports lifetime totals only in broad ranges.

To be sure, there is nothing illegal or improper about a retired politician giving a speech. Ex-government officials hit the speaking circuit and write memoirs all the time. Clinton’s predecessor, Condoleezza Rice, earned $150,000 for some of her speeches after her four years as Secretary of State under Republican President George W. Bush.

“The idea of leaving office and giving speeches is not new. What’s new is that you may come back to office,” Noble said. “If she had retired after being Secretary of State, there’d be much less issue with it.” 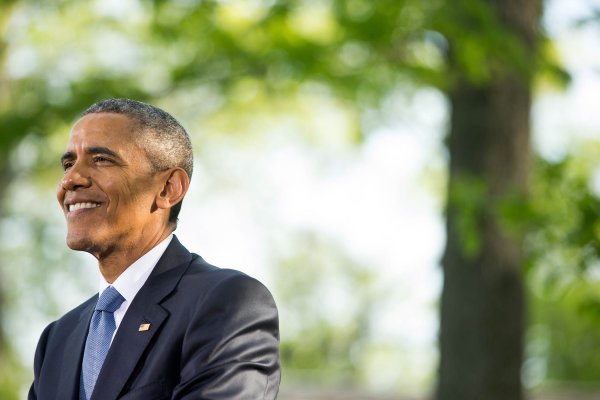 White House Says Would Veto Trade Bill If Currency Amendment is Added
Next Up: Editor's Pick