Thank you, ladies and gentlemen,

I am so delighted to be here with you.

This is an especially wonderful day for parents and family members as, with joy in their hearts, they see the culmination of all those years of anxiety, love, panic and cost in this moment of achievement and success.

Believe it or not, I still remember my own graduation ceremony from the City College of New York in Harlem 57 years ago.

I was not planning to attend the ceremony. It was a night ceremony in a dark outdoor stadium and it was a large class, like this one, and you didn’t get to cross the stage and have your name called out.

So I figured my mother wouldn’t notice that I wasn’t there.

In fact, I was in the Emerald Bar, a block or so away with a number of fellow miscreant graduates.

However, mothers being mothers, my mother sniffed the air and didn’t catch my scent. I was busted.

She knew where I would be and dispatched several of my cousins to escort me back to the proceedings. She had waited a long time for this moment and was not to be denied.

And although most folks forget such things, I still remember who the graduation speaker was. It was another CCNY graduate, Dr. Jonas Salk, the developer of the Salk vacine that defeated polio, which was so terribly common in those days.

I hope 57 years from now you will remember who your graduation speaker was—the name is Powell, P.O.W.E.L.L. Don’t forget it and don’t embarrass me!

I wasn’t considered one of CCNY’s great successes at the time. The only reason I graduated was that they included all the A’s I got in ROTC for four years into my overall GPA. It brought me up to just over 2.0 and they said, “Good enough for government work, give him to the Army, we’ll never see him again.”

Now, I am considered one of the greatest sons of City College. They name stuff after me.

So those of you who are not graduating with a 3.5 GPA or better, have faith, my young friends, have faith. Remember it ain’t where you start in life that counts, but what you do with life that will determine where you end up in life.

Did you work hard, never stop learning, believe in yourself, believe in this great country of ours?: Did you dream big? Did you set high standards, ever rising?

Were you your own role model?

I have often been asked, “Gee, when you were a kid growing up in the South Bronx, did you ever dream you would grow up, go to West Point and become Chairman of the JCS and Secretary of State?” Yeah, there I was. I believe I was about 10 years old, standing on the corner of 163th and Kelly Streets.

And I said to myself, “Self, you gonna grow up and become Chairman of the JCS and then Secretary of State.”

That ain’t the way it happens. It happened because I worked hard, and I belonged to an institution that was only concerned about my performance and my potential.

West Point was way above my level of aspiration. Most of the great military schools in the South wouldn’t have admitted me because I was black. I couldn’t have entered Rice.

The Army in those days, was the most socially progressive institution for blacks in the country, while segregation was still the law in many parts of our nation.

Four years before I entered the Army, the last black unit was eliminated.

That’s all I asked for and it worked for me mostly because I was doing something I loved doing. I loved being a soldier and I was a good soldier.

And I didn’t have to become a general to find satisfaction in my career. I found satisfaction every day knowing I was trying to do my best and I was serving my country.

I went into the army to be a soldier, not a general. Some of you may also know by now what you do well and love doing and you know what your life’s work will be.

But many of you may still be unsure and still looking and you may change your mind several times as you go along.

Wherever you go, you have been well-prepared by the excellent education you received here at Rice.

As each of you looks toward your future, make sure you give a good measure of your time, talent and treasure in service to others. The need to serve others has never been greater.

Money and position will or will not follow, but satisfaction will always be there. Always have a purpose in life beyond position and money.

Always ask yourself, “What am I doing for my fellow citizens?”

Above all, participate in the governing of this country.

Serve on local committees and boards, join a non-profit, seek public service, run for elective office if you are so inclined.

You know we complain a lot these days about politics and politicians, and with good reason. But we can’t sit around waiting for superman or superwomen to come save the day in 2016. Not coming!

We the people are the supermen and superwomen. We are the deciders. So make yourself smart about the issues, turn off the reality shows, don’t fall for slogans, one-liners, screamers, the hate peddlers and cable-pundit commentary.

Don’t fall for those who will not compromise, as our Founding Fathers did. Inform yourselves.

And if you don’t like what your representatives are doing, vote them out. If you like them, vote them in. But don’t stand on the sidelines moaning. Be informed, speak out and vote!

Any one of you who is eligible to vote but is not registered, come see me right after this ceremony. We need to chat.

I am especially pleased to be here this morning with my good friends John and Ann Doerr, graduates of Rice who have generously supported Rice over the years.

Two days ago they announced that they were giving Rice the largest gift it has ever received—$50 million to create the Doerr Institute for New Leaders.

John, Ann, stand up so we all can thank you.

I am also pleased that the Director of the new institute is a retired Army general Tom Kolvitz, who has a distinguished record in the army, as a professor at West Point and at Yale that eminently qualifies him for this new position.

What John and Ann are doing with this institute parallels what I am now doing at CCNY.

The Powell School has about one-third of the students and all the social science departments.

My old professors are rolling in their graves.

We are putting into the academic curricula leadership and service to others as an important part of the academic experience. The same goal as the Doerr Institute for New Leaders.

90% of my students are minority; almost 80% of them say they were born in another country.

They aren’t legacy students whose parents went to college.

These are the minority kids who by 2043 as adults will be the majority of Americans.

They need to learn now how to lead and to serve.

I have been privileged to lead organizations at all levels, both military and civilian.

Most of what I learned about leadership came to me right after I left CCNY and went to the Infantry School at Fort Benning, Georgia.

When you drive on the base at Fort Benning the first sign you see is the motto of the infantry: ‘Follow Me’

Leadership isn’t hard to learn, but demanding to practice.

I am so pleased that all the graduates are receiving a copy of my recent book called “It Worked for Me: In Life and Leadership.” I promise you it is an easy book to read, 44 short stories, each a few pages long, not in any order, so you can just jump in.

Let me share a couple of stories which capture for me the essence of leadership that the Doerr Institute will be bringing to the entire Rice student body.

Leadership is all about inspiring people to believe in the purpose and believe in you—trust and respect.

A large part of my life is now spent on young people and their education.

I hope that each of you as you move out into life, will do what you can to reach down, back and across to help a young person stay in school and reach their potential. Join big brothers and sisters, participate in after school programs, faith-based programs.

You are the educated role models those kids can look up to. Be a part of the solution. Make service to others a part of your life. I have and it has been one of the most rewarding experiences of my life.

If you want to save the world, just start by saving one kid.

Whatever you think of the world, it is going to be yours to shape its future.

And America still has a vital and unique role to play.

Despite our difficulties we are still looked to for inspiration and opportunity.

Tomorrow morning, people will be lined up at our consular offices and embassies around the world: “I want to go to America.”

And as long as we continue to enrich ourselves with new generations of leaders such as you. We are counting on you.

And so, congratulations again my young friends, enjoy this beautiful day with your families.

Go forth from this place inspired by those who have gone before. Go forth with the love of your families and the blessings and pride of your teachers.

Go forth to take your place and perform your duty and serve the nation.

Go forth to make this an even more perfect union.

Go forth and raise strong families, remembering that all you can ever leave behind is your reputation, your good works and your children for the next generation.

And let your dreams be your only limitation.

Good luck and God bless you all. 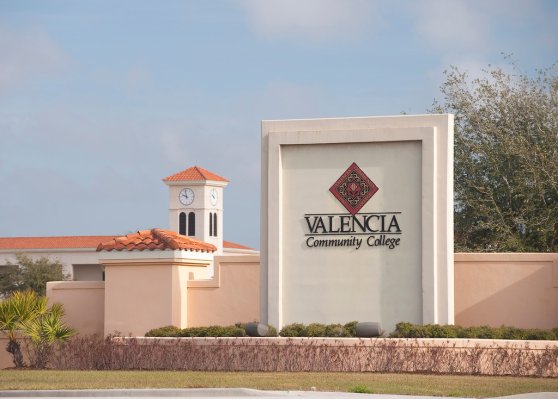