Obama Steps Down From the Bully Pulpit

President Barack Obama eats lunch at Charmington's Cafe with Vika Jordan, Amanda Rothschild, and Mary Stein to discuss the needs of all Americans as they balance their families and jobs on Jan. 15, 2015 in Baltimore.
Kenneth K. Lam—Baltimore Sun/TNS/Getty Images
By Maya Rhodan

Barack Obama, who rose to the White House on the strength of his speeches, will spend the twilight of his presidency having conversations.

The orator-in-chief will continue giving big set-piece speeches, such as Wednesday’s commencement address at the Coast Guard Academy tying climate change to national security. But with his agenda hemmed in by Congress and the public’s attention drifting towards his would-be successors, Obama is increasingly taking a more informal tack.

In January, he sat down with YouTube star GloZell Green, better known for a “cinnamon challenge” video. In April, he chatted about climate change with Bill Nye the Science Guy while on a tour of the Everglades. Earlier this month, he sat on a panel on poverty at Georgetown University with a Harvard professor and the head of a conservative think tank.

The White House says these are all part of an effort to come down from the bully pulpit and get into the pews.

“The President wants to spend the next year and a half not just talking at people but having a conversation with people and there are a range of ways to do that,” says Jennifer Psaki, the White House communications director.

She stressed that these more nontraditional interviews allow Obama to talk more at length about the issues he cares about, especially when the subject is not the lead story on cable news.

“There are many, many people who care deeply about climate change for example, but they may not be interested in reading the latest clip or watching the latest cable news piece about a debate on Capital Hill,” she adds. “They’re more interested in watching a clip or hearing more in depth discussion with the president of the United States about how to address this larger, bigger issue.”

The strategy also allows the White House to reach audiences that may not be tuning in to the news through more traditional outlets. When Obama went on comedian Zach Galifianakis’ web series Between Two Ferns last year to talk about insurance enrollment, some pundits clucked, but the White House noted that signups on HealthCare.gov spiked.

In many ways, Obama is just following the path of predecessors like Franklin Roosevelt and John Kennedy, who used radio and television in new ways to get their message out.

“Younger audiences receive information in different ways,” says Don Baer, CEO of strategic communications firm Burson-Marsteller and former Clinton White House communications director. “There is no need to stand on a lot of ceremony about that. At one point in our history, the presidential press conference was viewed as innovative, new and foreign. Today it’s one of the core staples of presidential communications.”

There is a downside, says Tevi Troy, president of the American Health Policy Institute and author of “What Jefferson Read, Ike Watched, and Obama Tweeted: 200 Years of Popular Culture in the White House.” The YouTube interview or the Top 40 radio station hit is not a presidential press conference, and the circumventing of the traditional media does not go unnoticed by the people of the White House press corps who constantly struggle for more access to the president.

“The number one downside is that the traditional media don’t like it,” Troy says. “And as president, that can impact the way they write about you.”

Still, Psaki insists the president’s conversations with bloggers and thought leaders do not signal that he’s completely done away with traditional speeches and interviews.

“It’s about expanding the scope of what you consider and also thinking about what your audience cares deeply about,” Psaki says. “How do you—not just talk at them, but also engage.” 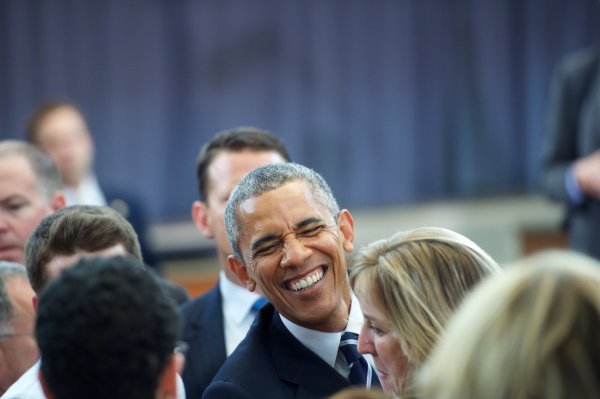 Here Are the Best Responses to Obama Joining Twitter
Next Up: Editor's Pick