Herman Cain Fans Received a Mass Email About the Apocalypse

A mailing that went out to 2012 presidential candidate Herman Cain’s email list Tuesday said that President Obama is secretly leading the United States toward the apocalypse.

The email was a sponsored message from Nathan Shepard, who identifies himself on his website as a “Bible scholar” who “decided that he must become a survival expert, train and prepare for the worst disaster in human history.”

Shepard says that the United States is actually Babylon in the Book of Revelation, and “the end times” the prophets foretold will come for America in January 2017. He says America will be destroyed by Vladimir Putin’s Russia in World War III.

Cain, the former CEO of Godfather’s Pizza, transferred his email list from the short-lived presidential campaign to his company, which, among other things, promotes his radio show.

Cain has also rented his list to similar advertisers, including a survivalist warning “your loved ones are in imminent danger,” and a doctor selling a “brain protection kit” of supplements designed to prevent Alzheimer’s triggers. With super-sized red text warnings, these emails usually link to videos casting a dire picture of the country, which in turn repeatedly tell viewers to continue watching or risk missing out on some important bit of information that can protect them.

In this case, it’s a $60 discount on a survival pack to help you get through the apocalypse:

This is not the first time that former candidates’ lists have been used in unusual ways.

Newt Gingrich’s 2012 campaign, which remains millions of dollars in debt, regularly rents its lists to those hawking survival goods warning or the imminent start of World War III. Gingrich’s campaign took in more than $15,000 from such messages in the first quarter of 2015. Because Cain’s list is no longer controlled by his campaign, it’s not possible to determine how much Cain has taken in from the emails. 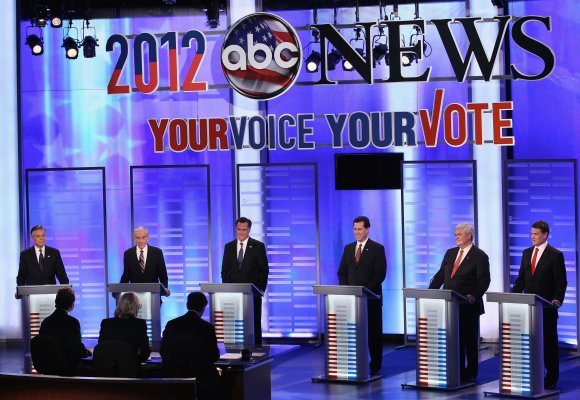 The GOP's First Big 2016 Test: Fitting Candidates on the Debate Stage
Next Up: Editor's Pick