White House Unveils Plan to Save the Honeybees

The number of honeybees across the United States has been on the decline for years, threatening both the country’s environment and agricultural production. The White House unveiled Tuesday its long-awaited plan to reverse the trend.

Among other initiatives, the federal government will seek to increase the size of pollinator habitats, encourage training of future bee scientists and establish seed banks for bee-friendly plants.

More than 90 commercial crops in North America, including many nuts, fruits and vegetables, rely on honey bees, and honey bee pollination contributes billions to the U.S. economy, according to the White House. In recent years, the number of honey bees has declined precipitously. Beekeepers lost more than 40% of honeybee colonies in the last year alone, according to a study released last week.

“By expanding the conversation through enhanced public education and outreach, as well as strongly built public/private partnerships, the Strategy seeks to engage all segments of our society so that, working together, we can take meaningful and important steps to reverse pollinator declines,” said Secretary of Agriculture Tom Vilsack and Environmental Protection Agency Administrator Gina McCarthy in a letter accompanying the announcement.

The announcement comes nearly a year after the Obama administration announced a task force to look into the health of honeybees. 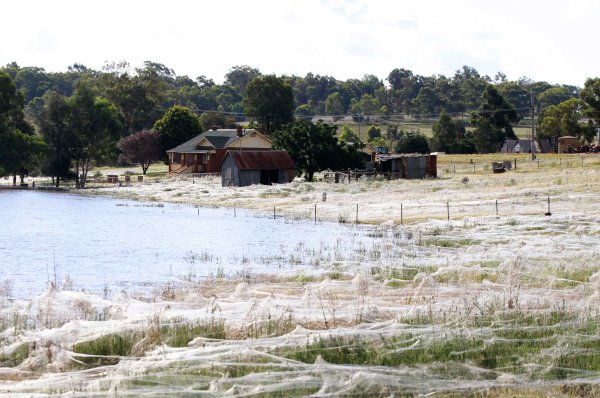 It's Raining Spiders in Australia
Next Up: Editor's Pick