A New Image of William Shakespeare Has Been Discovered, Historian Says

A historian claims he has discovered the only surviving image of William Shakespeare that was produced in his lifetime.

Mark Griffiths, who is also a botanist, found the image in a book published in 1598, The Herball or Generall Historie of Plantes by John Gerard. The 1,484-page encyclopaedia of plants has four portraits on its title page, the fourth of which Griffiths believes is Shakespeare.

Griffiths said: “While working late on Midsummer’s Night 2010, I identified a man who is portrayed, unnamed, on the title page of Gerard’s Herball. At first, I found it hard to believe that anyone so famous, so universally sought, could have hidden in plain sight for so long.”

The four figures are not named but Griffiths believes that they can be identified by visual clues contained in the illustrations that surround the subjects. The first was Gerard the author, the second, Rembert Dodoens, a renowned Flemish botanist, and the third, Queen Elizabeth’s Lord Treasurer, Lord Burghley.

At the time of publication, Dodoens was a source of inspiration to Gerard, who gardened for Burghley. Gerard’s book is also dedicated to Burghley.

The fourth man holds lily-like flowers and an ear of corn, which feature in Shakespeare’s earliest poem and play in print—Venus and Adonis, published in 1593, and Titus Andronicus in 1594. The connection would have been obvious to people who went to the theater or read printed versions of the works. Also, the image of Shakespeare stands on a plinth marked with a cipher which translates to “William Shakespeare.”

Until now, the only images of Shakespeare were found in the First Folio of his works and his monument at Holy Trinity Church, Stratford. Both were created after his death.

The revelations were printed in the London weekly magazine Country Life, which is owned by Time Inc, the owners of Time. Editor Mark Hedges said Griffiths’ work was the literary discovery of the century. “We have a new portrait of Shakespeare, the first ever that is identified as him by the artist and made in his lifetime,” he said. “Mark Griffiths’ unrivaled specialist knowledge as an expert in the role of flora in the literature of the English Renaissance made him uniquely qualified to discover the greatest Elizabethan of all.”

In the magazine, Mark Griffiths wrote that the image of Shakespeare is the clearest representation of what the playwright looked like in the prime of his life.“The Fourth Man (Shakespeare) is not cartoonish or stylised. It may be monochrome, in fancy dress, and just 3½ inches tall, but this is something that has been sought for centuries. This is what Shakespeare looked like, drawn from life and in the prime of life.”

He explained that the significance of the engraving faded from historical memory. “The title page, one of the richest and most important artworks of the English Renaissance, came to be seen merely as a bibliophile’s rarity and a fine, if stereotypical specimen of Elizabethan decoration. Nobody dreamed of finding Shakespeare in it,” Griffiths wrote. 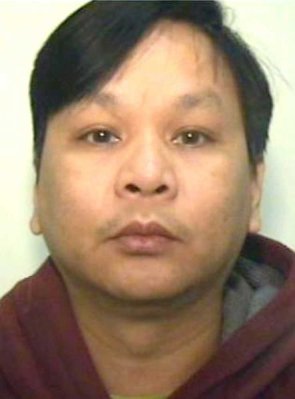 Nurse Found Guilty of Murdering Patients in U.K.
Next Up: Editor's Pick