A merger between AOL and Yahoo, two classic, ad-driven Internet stalwarts that have struggled to return to their early dominance, was the stuff loud-mouthed shareholders dreamed of. When the rumors of an acquisition sprung up late last year, the armchair analyses ricocheted around the Web, spelling out the upside of the merger.

There was some overlap on the two companies’ video strategies, she conceded. But where AOL made a big bet on programmatic advertising, Yahoo has been focused on its “MaVeNS” businesses: mobile, video, native advertising, and social. (Fun fact: Mayer’s husband, an apparent Scrabble aficionado, came up with the acronym on the morning of the earnings call in which Mayer revealed it.)

“Some people on the outside saw similarities between the companies,” she said in an on-stage interview. “We didn’t.” It is more important to Mayer that Yahoo maintains its relationship and brand with its users and continues to provide services that those users value, “not simply help other sites monetize,” she said.

AOL’s fastest-growing business is “simply helping other sites monetize.” The company’s content business, which includes The Huffington Post, has been a rumored divestiture candidate in the Verizon deal. “Republishing other content partners is good, but doesn’t give you a voice or differentiate you,” she said. One way Yahoo has differentiated is through the acquisition of expensive talent, such as newscaster Katie Couric, who was in the audience. Mayer noted that, based on ads sold against Couric’s video content, the hire has been a profitable investment “by all means.”

Would Yahoo ever do a merger similar to that of AOL, for greater distribution? Mayer dodged the question but did not rule it out. She noted that Yahoo is constantly looking for new partnerships, similar to its deal with Mozilla, the web browser, and others it has struck with mobile carriers. 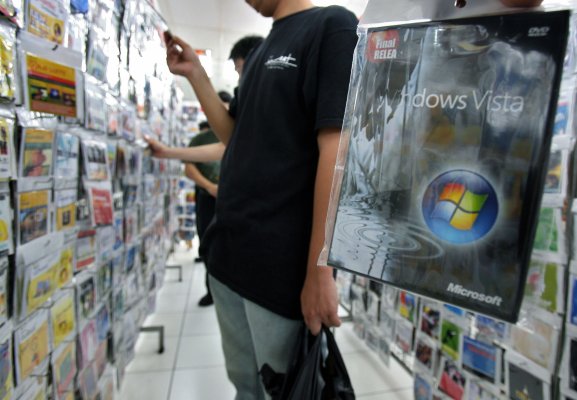 Windows 10 Won't Really Be Free For Pirates
Next Up: Editor's Pick