Drivers are paying more to fill their gas tanks ahead of the Memorial Day this weekend.

The national average price at the pump is rising just in time for the three-day weekend, when many people go on road trips. The cost of regular gasoline has risen 32 of the past 34 days, according to the American Automobile Association.

“Consumers are paying a nickel per gallon more than one week ago and 26 cents more per gallon than one month ago,” the association said. “With the exception of Pennsylvania, where the price has moved lower by fractions of a penny, consumers in every state and Washington, D.C. are paying more at the pump week-over-week.”

The national average is currently $2.71 per gallon. Here are the states with the highest fuel prices (in average price per gallon), plus three with the lowest, according to AAA:

AAA manager of public relations Michael Green pointed out that fuel prices are subject to global and geopolitical trends:

Patrick DeHaan, another petroleum analyst at the gas price tracking site GasBuddy.com, noted that the price increases are tapering off. “The rise we’ve seen in the national average over the month is showing signs of fading,” he wrote. “While higher demand is expected for this Memorial Day weekend, crude oil inventories remain plentiful and stand some 86 million barrels higher than a year ago. That reminder could inspire some selling in crude oil, as could bearish comments recently made by OPEC, or data showing that the 24-week decline in oil rigs is greatly slowing down.”

Despite their recent ascent, gas prices are still lower than they have been for this date since 2009. In fact, they’re way down — by nearly a full dollar a gallon — from a year ago. 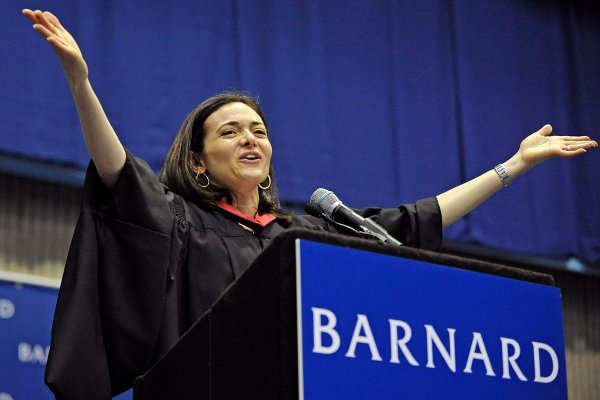 The 6 Most Memorable Commencement Speeches From Business Titans
Next Up: Editor's Pick