Why ISIS Can Still Defeat the Iraqi Army in Spite of U.S. Help

Iraq security forces withdraw from Ramadi, the capital of Iraq's Anbar province, 70 miles west of Baghdad on May 17, 2015.
AP
By Rebecca Collard

The U.S.-led coalition pounded the forces of the Islamic State in Iraq and Greater Syria (ISIS) over the weekend near the Iraqi city of Ramadi but that didn’t stop them from taking the city.

On Sunday videos appeared that seemed to show Iraqi soldiers clinging to the sides of vehicles speeding out of Ramadi as ISIS moved in. The black flag of ISIS now flies over the capital of Anbar, one of Iraq’s largest provinces.

It’s a clear sign that Iraq’s national forces aren’t ready to take on ISIS despite U.S. training and support and that Sunnis still have little faith in the Shi’ite-dominated government in Baghdad. The government has now called on the Shi’ite militias to help re-take Ramadi, which could further alienate Sunnis in the city, if the militias harm local people.

“The central government is accountable and is responsible for the ISIS occupation of [Ramadi] because they did not answer our demands,” says Suleiman al-Kubaisi, a spokesperson for Anbar’s provincial council. “They did not send reinforcements — neither ammunition or weapons.”

Ramadi and Anbar province was a battleground between 2003 and 2006 as the Sunnis including al-Qaeda in Iraq, the forerunner of ISIS, took on U.S.-led coalition forces.

After Iraqi forces, flanked with thousands of mostly Iranian-backed Shi’ite militia retook the city of Tikrit from ISIS in March, it seemed like a turning point in the war against ISIS.

“Tirkit was not like Stalingrad,” says Pollack. He says the U.S. needs to make a greater investment in Iraqi ground operations. “We knew all along this was not a war that could be won with air power alone.”

Since Prime Minister Haidar al-Abadi took over from Nuri al-Maliki last year, he has been promising reforms for the disaffected Sunni population, but little has changed. “We are waiting, and as we were waiting, Ramadi fell,” says Alaa Makki, a former Sunni member of the Iraqi parliament and senior advisor to the government.

Key to defeating ISIS is getting Iraqi Sunnis to fight with government, but Baghdad has not persuaded them that they are serious. “You’ve got to show the Sunnis that the future of Iraq — the one that they are fighting for — is one that to them is going to be worth fighting for,” says Pollack.

While billions of dollars have been put into military operations against ISIS, little has been invested in political change that could end the sense of marginalization felt by Sunnis and in turn, possibly unite them against ISIS. “There should be real reconciliation among the Iraqis… whatever we bring in forces and weapons won’t matter without a political agreement,” says Makki. “If they continue like this, it’s likely that Baghdad could fall.” 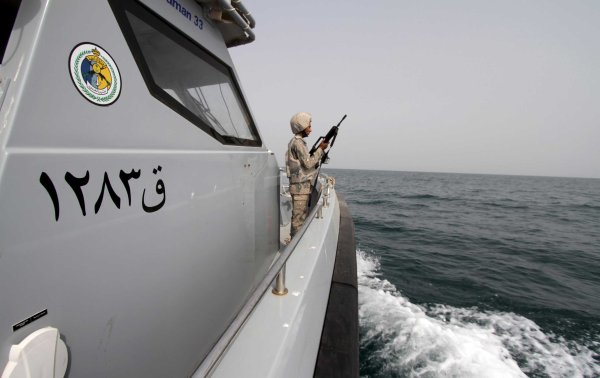 Iran Challenges U.S. and Saudi Arabia in Yemen
Next Up: Editor's Pick