This Is the Coolest New Trend in Business Cards (Yes, Really)

A Toronto-based artist has discovered that coloring can be a business-friendly venture.

Dorota Pankowska, a photographer, artist and designer, has come up with a creation she calls Crayon Business Cards. The cards, which took just about a month to create, are made from four to five crayons each. And because they are made of crayon, they can of course be used to draw and color.

Pankowska’s portfolio, which includes other art projects, can be found here.

Interestingly, though we live in a digital age, news stories from major organizations admit that the traditional business card refuses to die out. Last year, when The Wall Street Journal reported on a new smartphone app that would help share contact information between phones with the flick of the thumb, it pointed out the technology would face a challenge trying to overthrow a business rooted in paper. Bloomberg struck a similar theme in a 2012 story entitled “How Business Cards Survive in the Age of LinkedIn.” At the time, it said the business card remains a growth market, even as LinkedIn and smartphone apps should swoop in and make their usage increasingly less relevant. 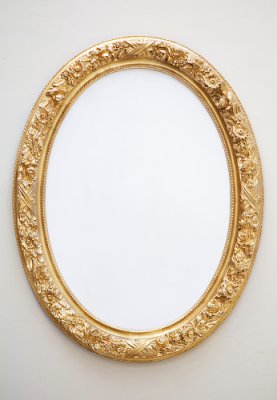 15 Phrases You Should Say to Yourself Every Day
Next Up: Editor's Pick