For a few minutes last night’s finale of Mad Men became a rom-com: co-workers Peggy Olson and Stan Rizzo realized they’d been falling in love all along. It was a bit of fan service that was unexpected, to say the least, of a show filled with cigarette smoke and infidelity.

At first, it seemed like show runner Matthew Weiner might be playing a joke on us. Peggy and Stan’s love story was a shipper’s fantasy come true. Stan’s speech about hating Peggy in person but missing her as soon as she went away was eerily similar to the declaration of love that comes at the end of a Nora Ephron movie. Sure, the writers have been hinting at a spark between the two characters for several seasons now, but it wasn’t exactly a Rachel-Ross “will they or won’t they?” plot that deserved a grand romantic ending. Remember, this is Mad Men: Don, Betty, Joan, Roger, Pete, Duck and Ted all got divorced during the course of the show. Some of them twice.

Of course, Peggy and Stan weren’t the only relationship that made me want to roll my eyes: Pete and Trudy’s reunion also felt rather nauseating. They, like everyone else in the beginning of the show, were a terrible couple. When did Pete become a good person — the kind of guy who drops off a cactus in Peggy’s office because they’re such good friends? We seem to have forgotten the time he threw Trudy’s dinner out the window because she wanted to adopt. Or how cruel he was to Peggy. Or, most horrifyingly, the fact that he raped a neighbor’s German nanny.

If Trudy wants to board the plane to Kansas, she’d do well to abide by her own words from the penultimate episode: “I remember things as they were.”

But back to Peggy and Stan, who will surely be happy together, but at what cost? Their relationship undercut one of the best shots ever to grace our television screens: Peggy Olson walking into McCann Erickson like a boss — hungover, sunglasses on, cigarette dangling from her mouth, sexy octopus painting tucked under her arm. It was a triumphant stroll for a woman who, regardless of the state of her love life, was ready to conquer the world. Peggy’s story was about succeeding in a man’s world, not finding love. That should have been her last moment on camera.

With “I’d Like to Buy the World a Coke” still ringing in my ears, I’m bristling from Mad Men‘s optimism. If the show has taught me anything, it’s that bright and shiny moments aren’t real, just the stuff of advertising. 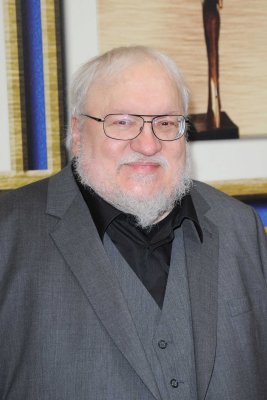