Thomas Dunne Books
Ideas
By Jane Maas
Jane Maas was a creative director at Ogilvy & Mather and Wells Rich Greene, and president of Earle Palmer Brown. She is the author of Mad Women.

As a woman in advertising in the 60s and 70s, I’ve been called a real-world Peggy Olson. In the finale of Mad Men, I think Peggy will become a creative director. When I became a creative director at Olgivy in the early 70s, I had men working for me as well as women, and there was really no problem. But I think it’s going to be important for Peggy to soften a little. She’s scrambled her way up and had to develop a tough hide, but I think she’ll do just fine.

Mad Men gets a lot right. The look and feel— you can almost smell the cigarettes—is right. But it’s carried a little far. I don’t think men were hitting on women so overtly. When a new secretary arrived, you didn’t get 12 men gathered around her, but you did get glances. I don’t remember any bottles of booze coming out at 10 in the morning, but certainly at 5 in the evening if we were working late.

There were indeed the three-martini lunches. Men took part in that, and they did happen every day. Women didn’t—in part because we couldn’t afford it because we being paid 50 to 60% what the man in the next office was. It was also a matter of calories. And we also had a firmer work ethic: Someone had to be in the office at 2 o’clock. The senior men had couches in their office and could take a nap.

The senior men also had the most amorous relationships in the office: They had offices with doors that locked, and couches. I wasn’t aware of any industry except the world of advertising where sex was so prevalent. There was a lot of adultery and sex going on, in the office, at night when people were working late, and in hotel rooms near the agency.

We women copywriters and account executives were so grateful to be allowed into this male world that we didn’t feel that we were being treated badly. Mad Men has women such as Joan realize they’re being ill-treated. But I think it took us a long time. There were a lot of protest movements—the Civil Rights Movement, the Gay Rights Movement—before women began to think that we’d better do something about our status. It wasn’t until the end of the 1970s that the women’s rights movement raised its head.

I remember one time when we were representing Maxim Coffee, the world’s first freeze-dried coffee, and Patricia Neal, the Academy Award winning actress, was our spokeswoman. I wrote commercials for her where she’d say, “I think Maxim is a wonderful coffee. But more important, my husband thinks so, too.” I look at that commercial now and I think, “Oh my God, Did I write that drivel?” But that’s the way the world was. Advertising at its best mirrors society. It doesn’t lead society.

Only about 3% of the creative directors in advertising are women today. You know the advertising slogan, “You’ve come a long way baby”? I don’t think we’ve come such a long way as we think, baby. 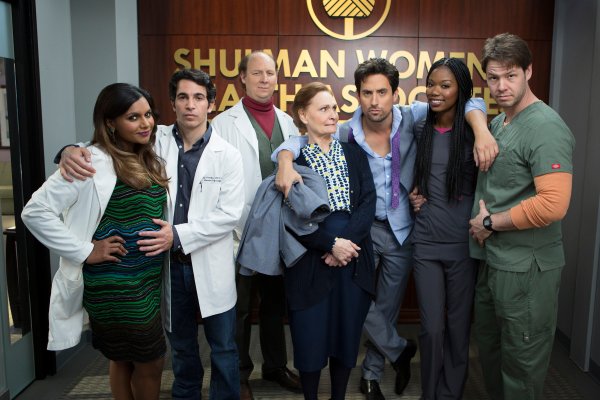 Hulu Is Suddenly Assembling a Pretty Killer Lineup
Next Up: Editor's Pick