The Daily Show will be off next week, when the final Letterman-hosted episode of The Late Show airs on CBS, Stewart noted, hence the early goodbye.

Stewart praised Letterman for bringing something “mind blowing” to television.

“He was for me — and I think many comics in my generation — an incredible epiphany of how a talk show or how entertainment, or how television,” he said before interjecting, “For God’s sake, the man put a camera on a monkey! It seems so simple now! But back then it was mind blowing. And I used to watch that show since the early ’80s and just fell in love with the joy that they had and that they brought.”

He added that Letterman seems to be alone in being an “innovator” with such a long career.

“There are so few people that can innovate that format and then to have the kind of longevity,” Stewart said. “To be an innovator with longevity is, I mean…The list is Dave.”

The Daily Show host also recalled how Letterman gave him some encouragement when he appeared as a guest on the last show of his short-lived eponymous MTV talk show.

“He singlehandedly turned what was a funereal atmosphere into a celebration just by his presence. He lifted all of our spirits and he said to me — I’ll never forget, ‘Do not confuse cancelation with failure.’ And I thank him for all the amazing years of television and for that wonderful piece of advice.

Stewart then aired a “Moment of Zen” clip from that appearance, in which Letterman, recounting how he “ruined the Academy Awards” when he hosted the show in 1995, says that he went from fretting about that to not caring about to being proud.

Watch Stewart’s tribute to Letterman below. 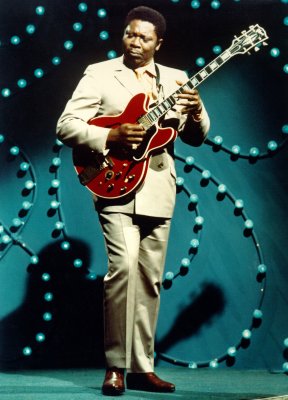 Carlos Santana: B.B. King Was 'One of a Kind'
Next Up: Editor's Pick