Students have been reading Ovid’s Metamorphoses for centuries, but some Columbia undergrads are demanding that a warning be issued before studying the classic. Many popular texts need a “trigger warning,” or caution about material that could be distressing to readers, argue four students writing an op-ed for the Columbia Spectator.

The Metamorphoses, like most of Greek and Roman literature, details certain rapes that were central to the ancient mythology. In one story, a woman named Philomela is raped by her sister’s husband, who after the act cuts out her tongue to keep her silent. Another woman named Lucretia kills herself after being raped so as to preserve her family’s reputation, an event that acts as the catalyst for overthrowing the monarchy in favor of a Roman republic.

“Ovid’s ‘Metamorphoses’ is a fixture of [the class] Lit Hum, but like so many texts in the Western canon, it contains triggering and offensive material that marginalizes student identities in the classroom,” wrote the students, who are members of Columbia’s Multicultural Affairs Advisory Board. “These texts, wrought with histories and narratives of exclusion and oppression, can be difficult to read and discuss as a survivor, a person of color, or a student from a low-income background.”

The students go on to tell the story of one of their classmates, a victim of sexual assault, who did not “feel safe” during a class discussion of Ovid.

Trigger warning have been central to campus debates for almost 20 years. Some students argue that these stories can force readers to relive past trauma. But many say the phrase is overused and can cause even greater distress by drawing the reader’s attention to these events. And both conservative and liberal advocates say that trigger warnings can impinge on free speech. Earlier this week in TIME, Karin Agness, the president of the Network of Enlightened Women argued that students should not be “intellectually bubble-wrapped” with these warnings.

But many schools, like the University of California at Santa Barbara and Oberlin College have asked their professors to use these trigger warnings on their syllabi and in the classroom.

The debate at Columbia comes as students are protesting the way in which the school handles cases of sexual assault. Columbia, along with dozens of other schools, is under investigation by the federal government for allegedly failing to properly protect students and punish perpetrators in cases of rape on campus. 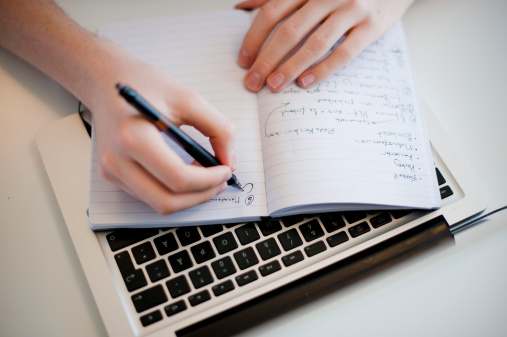 Taking State Tests on Computer Is a Drag Even for the Tech Generation
Next Up: Editor's Pick