Republican Party to Vote in Support of Religious-Freedom Laws

Thousands of opponents of Indiana Senate Bill 101, the Religious Freedom Restoration Act, gather on the lawn of the Indiana state house to rally against that legislation on March 28, 2015
Doug McSchooler—AP
By Zeke J Miller / Scottsdale, Ariz.

The Republican National Committee is expected to approve a resolution Thursday reaffirming support for so-called Religious Freedom Restoration Acts, undeterred by controversy in Indiana and Arkansas over whether such measures sanction discrimination against gays and lesbians.

The Resolution Affirming Religious Freedom Restoration Acts (RFRA) passed through the RNC’s resolutions committee Wednesday during the RNC’s spring meeting in Scottsdale, Ariz., and will be voted on by the full 168-member governing body Friday. The party traditionally votes on all resolutions as a package, and the RFRA resolution is expected to pass with little or no opposition.

“The Republican National Committee stands firm in upholding natural, human, constitutional, and, under the RFRA, statutory rights of religious freedom,” the resolution states.

A nationwide firestorm erupted after Indiana Governor Mike Pence signed a RFRA resolution into law that critics contended would allow business owners with religious objections to opt out of servicing same-sex weddings. Indiana’s resolution went further than the federal statute, which has been on the books since the Clinton administration. A similar controversy in Arkansas led to Governor Asa Hutchinson demanding changes to the law to bring it in line with the federal statute before signing it.

The cautiously worded RNC resolution encourages states to mirror the federal law, rather than the controversial Indiana version.

“The Republican National Committee supports and encourages States’ actions to enact laws that mirror the federal RFRA to protect citizens’ rights to lead all aspects of their lives according to their deeply held religious beliefs,” it states.

The resolution comes as the issue of religious freedom has become a significant conversation piece on the presidential campaign trail.

Separate RNC resolutions expected to pass Friday include one supporting Republican lawmakers in their criticism of the emerging nuclear agreement between the Obama Administration and Iran, and another calling for the replacement of the Administrative Procedure Act, a law that sets how executive agencies propose and enact regulations.

Yet another resolution reaffirms the party’s neutrality in the presidential nominating procedure, even as the RNC has seized control of the debate process. The party and television networks hosting the early debates this summer are struggling with how to include a field of more than a dozen candidates on stage. 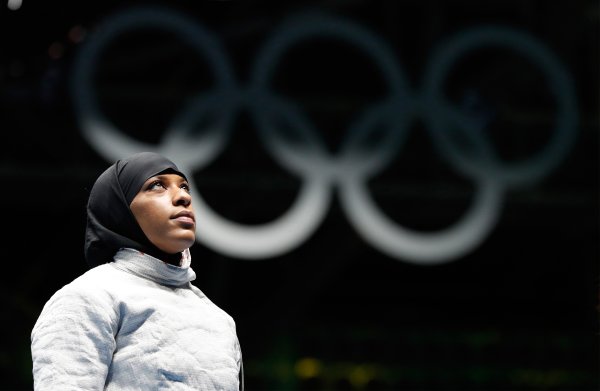 I Fear President Trump's 'Campaign of Terror' Against American Ideals
Next Up: Editor's Pick