As you may have read by now, Harry Shearer tweeted last night that he plans to depart The Simpsons after 26 seasons of service. The Emmy-winning Shearer is one of six primary actors on the animated comedy, and his voice has echoed far and wide throughout Springfield, bringing life to such iconic characters as Ned Flanders, Mr. Burns, Smithers, Seymour Skinner, Otto, Dr. Hibbert, Lenny, Reverend Lovejoy, and a bunch more.

Simpsons producers have said that the show—and Shearer’s characters—will continue regardless, as the show received a two-season renewal just last week. “Harry Shearer was offered the same deal the rest of the cast accepted, and passed,” Simpsons executive producer Al Jean said in a statement early this morning. “The show will go on and we wish him well. Maggie took it hard.”

But when EW spoke with Jean later this morning, he was still at least hopeful that Shearer might have a change of heart and sign the same contract that his five other castmates have. What is the producers’ next step? How will Shearer’s exit impact the show? Who might replace him? Will Mr. Burns sound the same the next time we hear him? EW spoke with Simpsons executive producer Al Jean about these burning questions and more. (A rep for Shearer didn’t immediately respond to EW’s request for comment.)

ENTERTAINMENT WEEKLY: So… what happened?
AL JEAN: Well, we’re still hoping he might come back. Nothing’s done ‘til it’s done. He tweeted that it was over, but… There’s an offer that the rest of the cast accepted, and Harry has not accepted it. It’s not going to change, because the rest of the cast took it. So we’re hoping he does. If he doesn’t within a certain period of time, we would have to recast—but we haven’t started.

What is that period of time? Weeks?
Well, it’s pretty vague because we have seven holdover [episodes] that Harry did [for] the fall, so there’s a big period of time. Obviously, we just want to know what he wants. We’ve rededicated ourselves this season to making the show better and not just saying, ‘Okay, we’re just happy for the pickup.’ We really care about it, and everybody’s coming to more [table reads] and doing more on the show. So if he’d like to be a part of that, we’d love him. And if not, we’d like to know and then we’ll go another way.

Would you describe yourself as hopeful then that this could be resolved?
I have no idea. I didn’t know he was going to tweet last night. That was very surprising. And the tweets were confusing because he had an offer. It wasn’t like we didn’t offer him a substantial thing. No. 2, he mentioned that he wanted to do outside projects. Everybody on the show does lots of outside projects. He actually gets to record on the phone and do the [table] reads on the phone. So we’ve never kept him from doing that stuff. So that’s one confusion I had. For the last several years, he’s done reads on the phone. He doesn’t always participate. We’ve excused him for several and he records, as long as it’s done in time, when it’s convenient for him. So it’s not a scheduling thing. And he says it’s not a money thing. So I’m not sure what he’s thinking.

When you first sense that he might be leaning this way?
The other cast signed May 1, and he didn’t—so that was the first time we felt, “Oh, there’s something different with him. He may not sign.”

During the contentious contract negotiation of 2011, he was vocal about fair compensation for the voice actors and volunteered to take a 70-percent pay cut in exchange for some of the back end. Did you sense that factored in here at all?
He said it wasn’t about money, and I don’t think it is either. People always talk about what our cast makes and I think it’s well-known they make a significant amount of money—and good for them. I don’t think anyone in the real world would say that they’re not well-compensated. I really don’t know what the issue is here. That’s what’s confusing.

Are you planning to reach out to him personally?
Yeah, we’re going to try once to say, “What’s going on? We’d like you back.” And if he says, “I don’t want to be back,” in that case, then we would say, “Okay, we’ve got to move on.” We are definitely doing the season. There was an erroneous report that this would affect the pickup. That’s not true. The pickup is a guarantee. The other five [actors] that are signed—we are in production with pay-or-play deals, so we’re going to do 625 episodes. [Note: That is the number of episodes that the show will have produced by the end of the latest two-season renewal.]

What was your reaction on an emotional level when you heard that he tweeted that he was leaving?
My reaction is, “Oh, he’ll be back.” It’s not the first time that it’s been a possibility, but he always returns.

Assuming he does leave, how big of a loss is this for the show?
I’d be lying if I said it was no loss. He’s talented and he just won an Emmy for The Simpsons. But I also have to say that I’d be lying if I said he was irreplaceable. I think that he could be replaced, and if need be, will have to be. We’re not going to get rid of the characters.

But you actively and definitely want him back, correct?
Yeah, we’d like him back…. Obviously, if he’s really interested in doing the show and committing like the other five are, as well as Tress MacNeille and Pamela [Hayden], great. He’s really talented.

What does Harry bring to the show that will be hard to replace?
He’s got a great voice and he has a great way of saying things funny. Skinner’s really funny. He’s a terrific voiceover actor. When he won the Emmy, I thought it was long overdue and said so… My two favorite characters that he does are Burns—he’s such a terrific villain—and Flanders, because he’s such a wonderful, sweet counterpoint to Homer. Those are the ones I would certainly be the most careful in replacing.

But I would very careful with all of them. We wouldn’t go, “Oh, let’s hire the first guy that walks in.” I’m sure if it’s the case—if he says, and he did—that he’s through, there’s a ton of people that want to do it. I’m not just saying everybody out on YouTube, I’m saying talented voiceover people… So we’re prepared either way. If he goes, no hard feelings. If he stays, great.

Do you already know who would be replacing him? If not, what is the audition process? And given Harry’s versatility, are we to assume that several actors would fill his different roles?
We’ve talked about it. There’s nobody that’s for sure. We’d probably have several. For example, if we recast Dr. Hibbert, it should be an African-American actor. There are a lot of great African-American voice actors. There’s no reason that all those characters need to be voiced by one person. Also, the person that does the voice could have other funny voices too, which could add to the show. Burns doesn’t have to be front and center in every episode. We’ve had three really good reads without Harry being on the show. It’s not like we’re sitting there going, “Oh, this a disaster.” We’re moving. We’re doing it.

And you have your eyes on certain people already?
There are certain people that suggest themselves immediately. But again, we’re not putting out a casting call this week. I mean, he just announced that he’s quitting. It’s not like we had no inkling, but again to show you that we weren’t just trying to get rid of him, we were waiting for the situation to settle before we even did something like put out [feelers] to recast. We asked him to come back, he didn’t say yes, we gave him a little grace period, and if he’s really not coming back and says so, then we have no choice.

Are some of his characters in those episodes?
Yeah, they are. So either we’ll get him or we’ll replace him with somebody.

Do you think viewers would be able to tell a big difference in the voice of the characters?
My true feeling is that we have seven holdover shows with Harry, and then there are shows that don’t have Harry’s characters as much, so that by the time, should he leave…I think it will be a great show, and I don’t think it will be a big issue. We always had problems when people said, “You’re going from ink and paint to digital coloring to high def.” And people said, “You can’t survive the loss of the characters that Phil Hartman did.” And that was very sad. So, yeah, I think it will be a challenge but not fatal…. We’re hoping for him to come back. It’s not over, but the show will continue regardless. 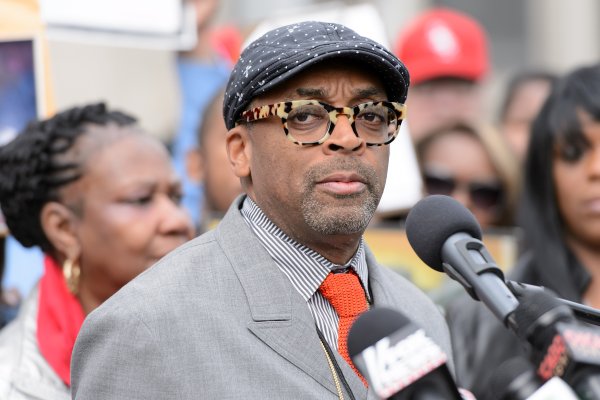