Actor Johnny Depp poses during a photo session ahead of a news conference for his movie Mortdecai in Tokyo on Jan. 28, 2015
Toru Hanai—Reuters
By Rishi Iyengar

Hollywood superstar Johnny Depp is set to make an unscheduled return to the U.S. on Friday with his terriers, in order to save the dogs from being put down by Australia’s Department of Agriculture.

Depp and his wife Amber Heard have booked a private jet to fly back to Los Angeles on Friday night, the Sydney Morning Herald reported.

The actor had earlier brought his dogs to Australia — where he is shooting the latest Pirates of the Caribbean movie — by the same means of transportation, flouting quarantine laws.

MORE: Listen to an Official and Radio Host Argue Over Johnny Depp’s Dogs in the Most Australian Interview Ever

Agriculture Minister Barnaby Joyce gave Depp a 50-hour ultimatum to remove the terriers, called Pistol and Boo, from the country or face having them euthanized. Using colorful language, Joyce said it was “time that Pistol and Boo buggered off back to the United States.”

The tone of the remarks, and the threat to kill the animals, have been seen as an embarrassing overreaction by many Australians and have prompted a Twitter backlash.

But the Agriculture Minister has now expressed concern that U.S. authorities might not allow the dogs back in either.

“The question is if he breached our laws, then did he follow the correct laws in the U.S.?” Joyce said Friday. “My worry is will the U.S. let them back in?” he said. “If not … will they have anywhere to go?” 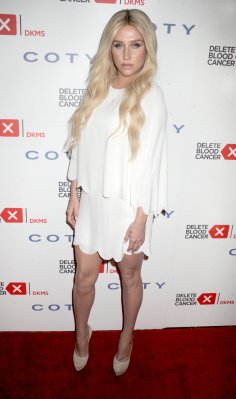 Kesha Says She 'Went to a Dark Place' While Battling Eating Disorder
Next Up: Editor's Pick