Why Thieves Love the Apple Watch

Customers look at Apple Watches on display at an Apple Store in Palo Alto, Calif., on April 10, 2015.
David Paul Morris—Bloomberg
By Dan Kedmey

Hackers have discovered a workaround on the Apple Watch lock screen that could enable thieves to wipe the device clean and pair it with a new iPhone.

A video posted to iDownload shows how a thief can bypass the lock screen in less than one minute by holding down the power button, selecting an option to “erase all content and settings,” and restoring the device to its factory settings.

“In other words, it’s totally feasible to steal an Apple Watch and set it up on a different device as if you just purchased it from an Apple Store,” wrote blogger Jeff Benjamin.

While the workaround poses no security threat to users’ personal data, it does highlight the notable absence of a “kill switch,” a security feature which became standard on iPhones with the release of iOS 7 in 2013. City officials have hailed the kill switch as a major deterrent for thieves, as they dramatically reduce the value of stolen phones. 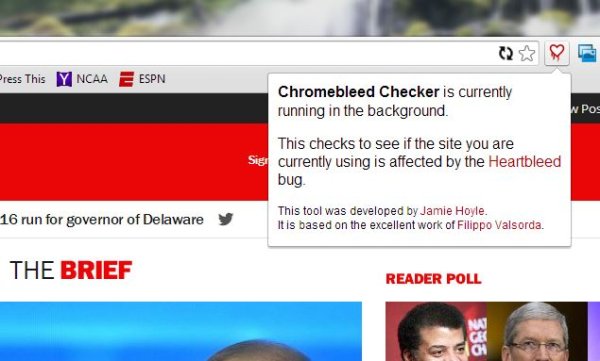 Has Your Browser Been Hijacked by Fraudsters?
Next Up: Editor's Pick