Harry Shearer's Exit Proves The Simpsons May Not Be Immortal

In announcing his departure from the show after the upcoming 26th season finale, Harry Shearer becomes the first member of The Simpsons‘ core cast to leave the show. There’s no blueprint for this sort of thing on The Simpsons: While various supporting characters have been retired from the show when the actors who played them passed away, Shearer’s suite of characters (including Principal Seymour Skinner, Mr. Burns, Waylon Smithers, and Ned Flanders) will reportedly continue to live on, voiced by an actor to be named later.

This news comes on the heels of the series’ renewal for a 27th and 28th season on Fox, which will cement its status as the longest-running sitcom in American history. Though the series is far from where it was at the peak of its critical acclaim and centrality to the culture, it would seem to be unkillable, a machine that has relentlessly adjusted its tone, its subject matter, and even its continuity to suit the times. (In a 2008 episode, Homer and Marge were depicted in a flashback as newly dating in the 1990s, even though they were, of course, married and raising Bart and Lisa at that time. The Simpsons has been merciless to its past in its desire to keep up with the times.) Shearer’s departure, though the show will adjust, is the first sign that the show is something other than a perpetual-motion machine. After every cast member, eventually, leaves the series, will it still be The Simpsons?

That’s not a question the producers will have to answer today. But it’s revealing that Shearer’s departure was the result of his turning down a new contract, and that the actor has a history of speaking out over the show cutting its stars’ pay and trying to negotiate in public. The Simpsons has lasted as long as it has in part thanks to its keeping costs lower than they might otherwise be. For Shearer, that wasn’t sustainable any longer. Next fall will bring the first sense of how a replacement cast member will change the show’s dynamic. If The Simpsons really is going to run forever, that had better be good—because it will need to be the first of many. 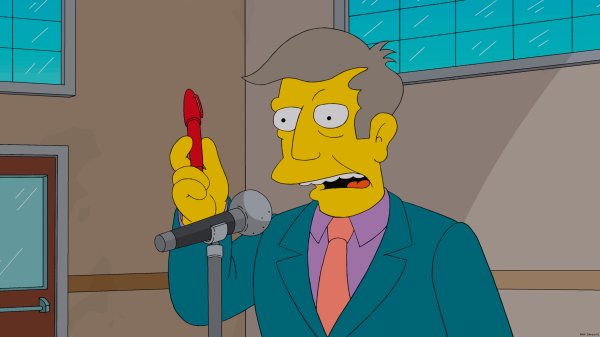