Earlier this month, Miley Cyrus launched a new charity called the Happy Hippie Foundation to raise awareness and much-needed funds for homeless and LGBT youth—and she’s been shining a light on the cause by calling upon her fellow artist friends to make incredible new music.

With her series of Backyard Sessions videos, the Bangerz singer has teamed up with everyone from Against Me’s Laura Jane Grace to rocker Joan Jett to ’60s songwriting icon Melanie Safka for a series of intimate videos filmed in Cyrus’ backyard.

Now, she’s collaborated with Ariana Grande for her latest edition—and EW and PEOPLE are proud to premiere the duo’s rendition of Crowded House’s indelible 1986 hit “Don’t Dream It’s Over.” Check out the clip below.

So what led Cyrus to stand up for homeless and LGBT youth? The 22-year-old recently shared that the suicide of transgender teen Leelah Alcorn led her to take action.

“It hit me as hard as if I had known her,” Cyrus wrote in a touching essay for Medium. “I felt connected to her. For a year, my focus has been on helping homeless youth, and it was heartbreaking to hear that 40 percent of homeless teens identify as LGBT. The more I learned about what life can be like as a transgender person, the more I realized how especially woven into homelessness that is. Acceptance is a huge step towards eradicating youth homelessness. Being who you are and who you want to be has nothing to do with gender, sexuality, body type, race, or age.”

Cyrus added that the goal of the Happy Hippie Foundation is simple: “The Happy Hippie Foundation is encouraging people to be the artists of a picture of true freedom, freedom of self-expression…freedom to be true to themselves. The fight to be free isn’t over. We have to rally together and fight injustice. Being a happy hippie means making others happy, even those unlike yourself!” 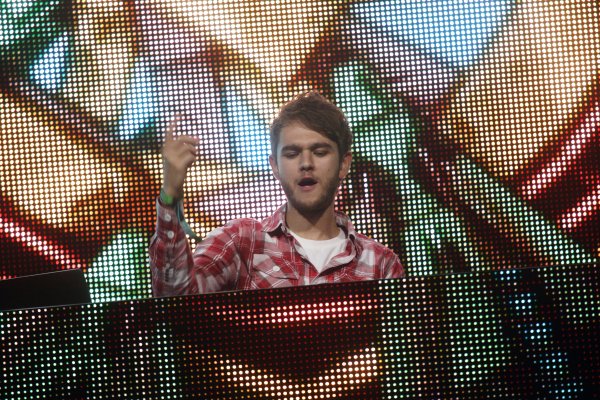 Zedd on His Most Intense Fans: 'It's Not Creepy, But It's Scary' Sometimes
Next Up: Editor's Pick