Rita Ora has been more successful at being the butt of jokes than being a bona fide pop star. Though last year’s “I Will Never Let You Down” was a vastly underrated slice of Calvin Harris dance-pop, that she’s never quite arrived (her 2012 debut wasn’t even released in the U.S.) has made her something of a cultural punching bag — and led many to wonder why she’s so hated. (Some might say she invited that herself after this Twitter embarrassment last year.) She’s not the first singer to have a few false starts, but hers have been particularly visible. Judging by the Internet’s mocking, the only thing worse than a pop star who doesn’t try is one who tries too hard.

But Rita Ora hasn’t given up, and her new synthtastic single “Poison” offers some reasons for her not to. This doesn’t feel like the mega-smash single that will completely reverse her luck, but its you-ooo-ooh-ooh hook shows she can be a worthy vessel of solid material, even if her identity as a solo star isn’t yet fully formed. 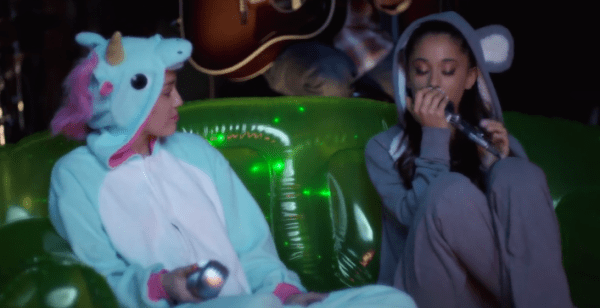 Watch Miley Cyrus and Ariana Grande Duet on 'Don't Dream It's Over' in Onesies
Next Up: Editor's Pick