Catching Criminals With the Cloud

Scott Crouch doesn’t sugarcoat his feelings about the software that most of the country’s 700,000 or so cops use on a daily basis to log arrests, traffic stops and leads. “It looks like someone vomited a thousand bugs on a screen,” the 23-year-old says dismissively.

Crouch is the CEO of Mark43, a New York City–based startup that claims it has developed a better system for getting police records–currently a patchwork of isolated paper and digital files–into a single searchable body in the cloud. The software can display relevant information that’s as readable as the feeds on LinkedIn or Twitter. Crouch says this new way of visualizing suspects’ data–sketching out a web of phone calls or following a gang’s movements across a map, for example–could help investigators identify key players in a crime ring or exonerate the usual suspects much faster.

The deluge of so-called Big Data is overwhelming law enforcement as much as it is any company in the private sector. Detectives, for instance, often have access to more information than ever before, but pinpointing key facts, like a suspect’s activity in neighboring precincts, involves frustrating manual searches. In other words, connecting the dots is much harder than it looks on television.

Not that there’s a shortage of companies trying to change that. IBM’s Watson supercomputer, best known for its victory on Jeopardy! in 2011, is now fielding so-called natural-language questions in a trial run with police officers in Tucson, Ariz. Data-analytics giants SAS, Oracle and Microsoft provide software that can present existing law-enforcement reports in more easily readable formats. Nobody tracks exactly how much American police departments spend on such software, but overall IT spending in the criminal-justice system in the U.S. totaled $3.5 billion in 2014, according to researcher IDC Government Insights.

Mark43–the name is a nod to the Iron Man suit–began as a school project Crouch worked on as a Harvard junior. Shadowing Massachusetts state-police troopers to measure the effectiveness of police tactics, he found his attention repeatedly drawn to the way the police fumbled with their software. “You’d have to hit TAB five times, hit six buttons, open up three new boxes to actually search for a report, and even then it wouldn’t really work,” he recalls. By 2013, Crouch and two of his fellow engineering students had secured $2 million in a seed-funding round led by Spark Capital, an early investor in Twitter, Tumblr and Foursquare.

Since then, Mark43’s software has expanded to walk officers through the scut work of filing a police report. Regulations stipulate every question along the way. Recovering a weapon, for instance, triggers a cascade: Was the owner notified? Where notified? Date notified? Storage facility? Location of storage facility? Mark43 expands and contracts the decision tree, automatically filling in fields when possible. Police can search for a suspect by name, alias or keyword. Clicking on a suspect’s page pulls up a mug shot and, beneath it, mug shots of associates, much the way Facebook displays friends of friends. The page also loads live tweets pulled from the suspect’s Twitter feed, assuming he or she has one that’s public. (Crouch says a surprising number of suspects have active social-media accounts.) 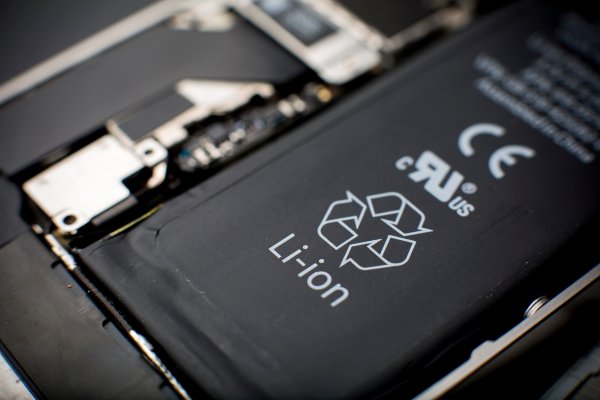 15 Tricks For Getting Way Better Smartphone Battery Life
Next Up: Editor's Pick