Johnny Depp poses backstage during the opening night of Cabaret on Broadway at Studio 54 on April 24, 2014, in New York City
Bruce Glikas—FilmMagic/Getty Images
By Rishi Iyengar

Johnny Depp has caused quite a political and diplomatic shake-up in Australia this week while shooting there for the latest Pirates of the Caribbean movie. Well, at least his dogs did.

The actor was warned by the country’s Department of Agriculture that his Yorkshire terriers Boo and Pistol would be put down if they weren’t taken out of the country within 50 hours, Australian broadcaster ABC News reported. This is because the actor failed to put them into quarantine.

“There is a process if you want to bring animals: you get the permits, they go into quarantine and then you can have them,” said Agriculture Minister Barnaby Joyce.

“But if we start letting movie stars — even though they’ve been the sexiest man alive twice — to come into our nation [and break the laws], then why don’t we just break the laws for everybody?”

Several other Aussie politicians, including the Immigration Minister and the Queensland Treasurer, agreed, saying Depp can’t be exempted from the country’s quarantine protocols just because he’s a movie star who flew in with his dogs undeclared on a private jet.

Several of Depp’s fans, meanwhile, have started an online petition to save the tiny canines, although many of them blame the actor for flouting laws. “Help me tell Barnaby Joyce not to kill or remove Johnny Depp’s dogs from Australia,” the petition, started by Sydney woman Namita Sopal, reads.

“It’s not the dogs’ fault. It’s his stupid fault,” reads a message on the petition.

Joyce, meanwhile, made his position quite clear with classic Australian frankness.

“It’s time that Pistol and Boo buggered off back to the United States,” he said. 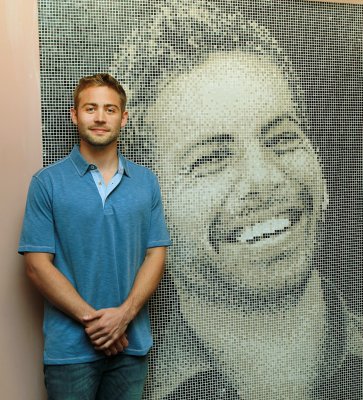 How Paul Walker's Brother Aims to Carry on His Legacy
Next Up: Editor's Pick