As production on Gareth Edwards’ Star Wars spin-off, Rogue One, comes closer and closer, casting is ramping up. The latest actor to jump into the cockpit is Diego Luna, who joins Felicity Jones in the story of the Rebel raid to steal plans for the first Death Star.

The Y Tu Mamá También actor will join Jones and Riz Ahmed (Nightcrawler) as one of the film’s leads, while Ben Mendelsohn will portray Rogue One’s main villain, according to Variety. Luna’s reps and Lucasfilm didn’t immediately respond to requests for comment.

At Star Wars Celebration last month, Edwards expressed his intention to put the “war” back in Star Wars, comparing the film’s military-heavy action to Black Hawk Down. Another stand-alone film, which was set to be directed by Josh Trank, was thrown into turmoil when the director left the project. That movie, which sources tell EW is a Boba Fett-led bounty hunter team-up, is now in the hunt for a new filmmaker.

Another spin-off film previously in development was a young Han Solo story, but that project has been bumped back to avoid confusion. Harrison Ford will reprise his role as a lead character in this December’s The Force Awakens, and executives were concerned about the appearance of “rebooting” the character with the first stand-alone the very next year.

Star Wars: Rogue One is currently scheduled to hit theaters on Dec. 16, 2016.

The Boba Fett film isn’t expected until at least 2018, after the release of Looper director Rian Johnson’s The Force Awakens follow-up, the as-yet-untitled Episode VIII.

Anthony Breznican contributed to this report. 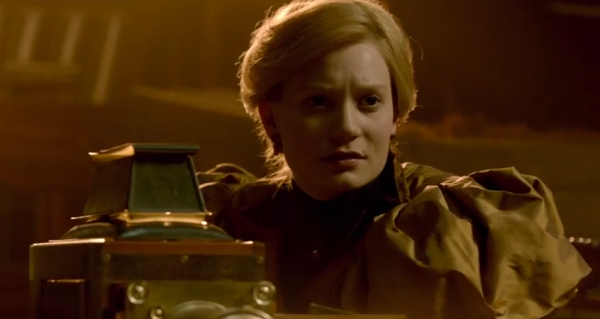