Britney Spears gets knocked for sounding like a robotic alien in her recent material, but in the new video for “Pretty Girls,” it’s actually Iggy Azalea who’s playing that role. The Aussie rapper came from a far away land to take over America last year, and she does more or less the same thing in the “Pretty Girls” clip, with outer space subbing for down under.

After Iggy crash-lands in her pool (in a clear nod to the “My Prerogative” video), Spears gives her extraterrestrial guest a valley-girl makeover and proceeds to terrorize California with her car-wash dance parties reckless driving. (Why on Earth does she have a hair dryer behind the wheel?) If you find Azalea’s alien voice and Spears’ bubbly uptalk as grating as the Saran-wrapped track itself, just hit the mute button and watch Spears move. Say what you want about this oxygen-free collaboration, but she hasn’t looked this happy to be dancing in a video in some time. 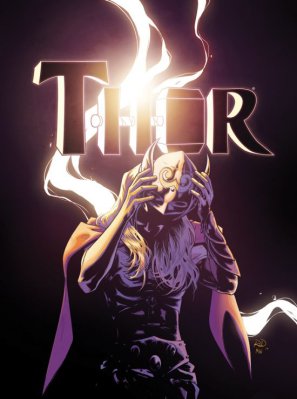 Marvel Reveals Identity of Female Thor
Next Up: Editor's Pick