Television personality Melissa Rivers speaks at a book signing for her new book "The Book of Joan: Tales of Mirth, Mischief, and Manipulation" at Book Revue on May 11, 2015, in Huntington, N.Y.
Scott Roth—Invision/AP
By Jennifer Maas / Entertainment Weekly

Melissa Rivers needs answers. That is what she said on The Wendy Williams Show on Tuesday when she discussed the lawsuit she filed in January against the New York City clinic where her mother, Joan Rivers, lost the ability to breathe during a routine throat procedure last October. The famous comedian died only a week later at the age of 81.

“I want to find out what happened,” she said. “I need to know, I need answers. I’m angry.”

Rivers also addressed the struggles Fashion Police, which she executive produces, is facing since her mother’s death. Kathy Griffin and Kelly Osbourne both quit after a controversial comment was made by fellow co-host Giuliana Rancic regarding singer Zendaya’s dreadocked hair at the 2015 Oscars.

Rancic recently said she will be returning to the program and Rivers confirmed that’s the plan “as of right now.” Although she added that she “also thought we wouldn’t be having to recast the show… twice now in less than a year. So I don’t count on anything anymore.”

In an interview Rivers did with NBC’s New York Live, Rivers delved deeper into what she thought went wrong.

“It’s just sitting down and saying ‘Okay, we went back too fast.’ We didn’t realize how much everybody was mourning,” she said, referencing the loss of her mother, who also hosted Fashion Police. “It really was a family and the sisters started to have a fight, and all these things kind of happened. We lost our matriarch, and now we’re figuring it out again.”

The show is currently on hiatus until September.

Melissa’s memoir, The Book of Joan: Tales of Mirth, Mischief, and Manipulation, was released on May 5. 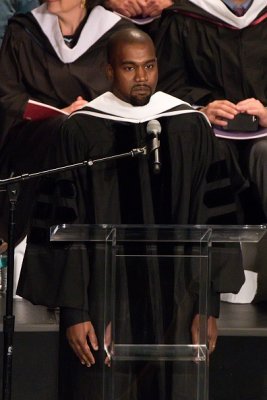