Depression Can Double Risk for Stroke—Even When It's Treated

As if depression isn’t hard enough on the mind, the condition can also wreak havoc all over the body, increasing risk of health problems that at first don’t seem remotely connected to feeling low. Depressed people are at increased risk for type 2 diabetes and cardiovascular death, and according to a new study published Wednesday in the Journal of the American Heart Association, they’re also at greatly increased risk for stroke. Adults over age 50 who report persistent symptoms of depression have double the risk for stroke, the study finds—and that increase lingers even after they report feeling better.

The researchers analyzed data from more than 16,000 middle-aged adults ages 50 and older. Every two years from 1998-2010, the people in the study were asked about their history of stroke, stroke risk factors and symptoms of depression.

It remains unclear exactly how prolonged depressive symptoms lead to an increased stroke risk, but the elevated risk appears to stick around for a long time, even after depression goes away. People whose depressive symptoms had subsided at the second interview still had a 66% higher risk of stroke than those without symptoms.

“We do not know if, had we been able to examine individuals who had been symptom free for a longer time, stroke risk would have declined more,” said study author Paola Gilsanz, a postdoctoral fellow at Harvard T.H. Chan School of Public Health, in an email. “To assess that, we really need a larger study.”

It’s difficult to say from this study whether treatment has mitigating effects, since the authors didn’t specifically look at why people’s symptoms went away. But even though the data suggest that getting rid of symptoms of depression might not immediately erase the increased risk for stroke, they emphasize the importance of early treatment.

“If our findings are replicated, they suggest depressive symptoms merit prompt attention soon after they begin, before they have time to substantially impact stroke risk,” Gilsanz says. “We also recommend that people with depression also focus on keeping their overall stroke risk profile as healthy as possible, as we all should.” 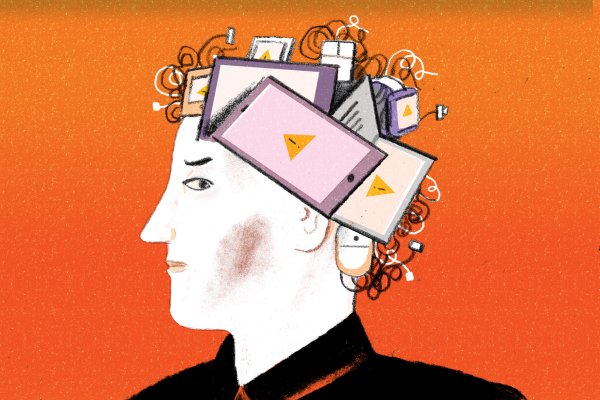 You Asked: Are My Devices Messing With My Brain?
Next Up: Editor's Pick