The phrase rock ‘n’ roll first popped up in the pages of TIME in 1955, with a mention that the music business had turned to a trend “known to the teen-age public as ‘cat music’ or ‘rock ‘n’ roll,'” distinguished by “a clanking, socked-out beat, a braying, honking saxophone, a belted vocal, and, too often, suggestive lyrics.”

The idea that rock was largely the music of teenagers became accepted truth. But when TIME devoted its May 21, 1965, cover story to the topic—precisely a half-century ago now—it turned out that it was mostly a myth.

Sure, teens liked the music of the bands listed by the magazine (and what a list: “The Trashmen. The Kinks. Goldie and the Gingerbreads. The Ripchords. Bent Fabric. Reparata and the Delrons. Barry and the Remains. The Pretty Things. The Emotions. The Detergents. Sam the Sham and the Pharaohs. The Guess Who’s. Cannibal and the Headhunters. Them. The Orlons. The Liver-birds. Wump and the Werbles”). In countries like Bulgaria, Cold-War-era governments launched propaganda campaigns to dissuade their young citizens from mimicking the haircuts of the capitalist Beatles. Even in the U.S., a Senate subcommittee was formed to investigate whether the music contributed to juvenile delinquency. Academics studied the subject too, investigating whether the new music was messing with young Americans’ morals.

It’s just that the listeners weren’t only teenagers. The stereotype of the old fogey who hates all that noise turned out not to be true. Even the too-cool-for-pop-music college kids who flocked to folk and jazz were coming around; “On campus, where it once was squaresville to flip for the rock scene, it now is the wiggiest of kicks,” TIME declared.

In fact, when grown-ups started admitting in the ’60s that they actually liked rock, the record companies responded with a big “I told you so,” as the magazine explained:

By 1965, pop music was truly popular: it was the music of everyone everywhere. But while record-label honchos could certainly gloat about that fact, not everyone was happy about it. “We no sooner develop a new dance or something,” one teenager lamented to TIME’s rock reporter, “and our parents are doing it.”

Read the whole story, here in the TIME Vault: The Sound of the Sixties 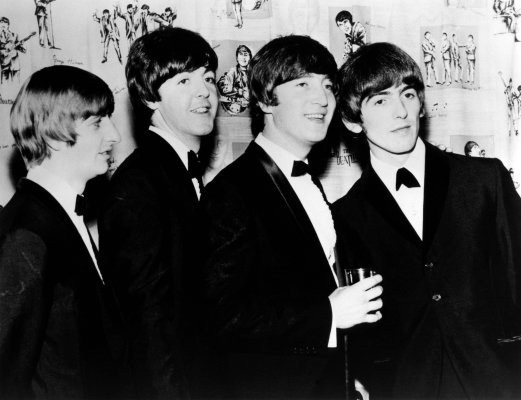