Robert Morse: 'Everybody Wants to Know' How Mad Men Will End

Don Draper may be the star of Mad Men, but it’s very much an ensemble show, the kind that relies on minor characters to surprise the audience with an occasional big scene. Bertram Cooper, as played by Robert Morse, was a major player in the world of Sterling Cooper, though he didn’t get as much screen time as his partners—but when he did, it was a doozy, from punchy one-liners that put the youngsters in their place to the sweet musical number that closed out the first half of season 7. Morse even returned as Bert in Don’s dream state on the road in a recent episode.

We caught up with Morse ahead of the Mad Men series finale to talk about the cast, the set and the memories.

Morse: Thank you very much! I was brought up in that time, I’m probably the oldest person on Mad Men—I’m 83 years old now! So I go back to the days of the advertising business in New York when I was in Shubert Alley doing shows. I spent a lot of time over on Madison Avenue at different advertising agencies commercials, voiceovers, what have you. It was completely factual and nuanced, the way that Matt [Weiner, the creator] put all of this together and made the Cooper agency look exactly like it did in my youth.

It’s very sad, saying goodbye to Mad Men, because they’re tearing down the office, everybody’s going their own way over to McCann, Pete’s going to Kansas, Joan being harassed by someone at McCann and sticking up for herself in those years, poor Betty with the cancer, and Don’s wandering now on the road in a car, looking for what? We won’t know until we see the last episode, which I haven’t seen either.

I’m not being morose about it, but I do miss it. Maybe for younger people than me, in their 20s or 30s, they may not feel the depth of it like I do at my age, because it’s sort of over. It’s late in my time, it’s late in Mad Men’s time, and it’s come to a conclusion—and now what?

Your performance of “The Best Things in Life Are Free” last year had some resonance with How to Succeed in Business Without Really Trying. Who at Sterling Cooper do you think was the most like J. Pierrepont Finch?

All of them! No, I can’t think of it that way, but I must say the set with all the secretaries did remind me of the look and the costuming in that same era of How to Succeed. Maybe I felt a little more like Rudy Vallee than J. Pierrepont Finch, as the older executive. But I didn’t see anybody lapping up to me like J. Pierrepont would have.

Did you have a favorite part of the set?

One of my favorite parts was the picture that Peggy took from my office. That was a Japanese print—I mean, Sodom and Gomorrah! Unbelievable. I was happy Peggy got it. I just saw [Elizabeth Moss] on Broadway, I forget the name of the play…

Thank you very much. My wife does that often, finishes my sentences when I can’t remember. Yes, The Heidi Chronicles. I love Peggy, I thought her roller skating scene was exquisite, with who playing the piano…

Thank you. Would you marry me? Yes, Roger, with the cigarette in his mouth as the piano player. He looked like Billy Joel.

Who was your favorite scene partner over the years?

Everybody I worked with. I was absolutely in awe of Jon Hamm. Such a professional and a sweet guy. I think we all looked up to him in a sense.

Was there a character you wish Bert had been in more scenes with?

Probably Peggy. I loved Joan. We had a great time.

Bert is good to her.

Bert is good to Joan, absolutely.

Was there a lot of talk among the cast about how the show will end?

Oh, there still is. Everybody wants to know. Everybody has an idea, just like the people out there that love this show. Do you have your idea?

Neither do I. There is riding off into the distance. And I loved his exit from McCann Erickson, when he got up and he thinks, “I can’t take this. Oh my God. This is an organization, this is an oil company. I loved the Sterling Cooper operation with old Bert Cooper and everybody, but this is too much.” And he just gets up and leaves—he’s on the road again when I appear in the car with him.

Were you excited to go back for that scene?

Of course. It was a wonderful idea from Matt to do that. Jack Kerouac, On the Road, whither thou goest? That’s what we’re all wondering: Whither thou goest, Jon Hamm, in thy little tiny car in the night?

What was your favorite scene to shoot?

One of my favorites was with Vincent Kartheiser’s character, when he comes busting into the office in the first season and says Jon isn’t who he says he is, and I walk over to him and say, “Who cares?” A wonderful little scene. And with Joan, the scene where I say everyone can see the receptionist out front, and she’s black…that’s the way I think it happened back then. Hard for you to believe that, but it’s true. I lived it.

And of course you had the wonderful “The Best Things in Life Are Free” scene.

It brings tears to my eyes when I think of it. What a lovely tie-in to the character’s passing, trying to give advice to Don: “Hey, I gotta go now, but the best things in life are free.” I got goosebumps. As simple as it was, it was one of the lovely moments of my life. 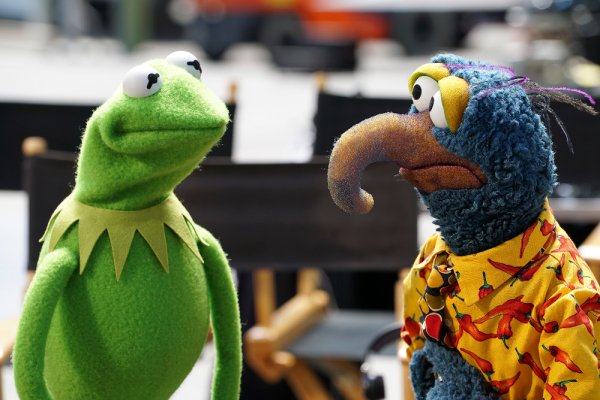