The 'Middling' Volcanic Eruption that Was America’s Worst

Mount St. Helens might have been a “baby among volcanoes,” in geological terms, but its 1980 eruption was the deadliest, most destructive volcanic event in U.S. history.

When the 9,677-foot peak in the Washington Cascades blew its top on this day, May 18, 35 years ago, it killed 57 people and thousands of animals, leveling 200 sq. mi. of forest. Within seconds, its symmetrical cone became a crater 1,300 ft. lower, thanks to a sideways blast that triggered a 300 m.p.h. landslide. A plume of ash shot 16 mi. into the air, and then rained back down to earth as dust so thick and fine it blotted out the sun as far away as Montana.

Although the mountain had been letting off steam since March of that year, no one knew exactly when it would blow, or how bad it would be. Residents of the surrounding foothills and forests who were surprised by the timing included a logger who would have almost surely died if the mountain had erupted a day later, when he was scheduled to be among a crew of 200 felling trees in the blast zone. Instead, he fled his home after hearing the explosion on Sunday morning.

“I heard the goldangest noise, like someone upending a bunch of barrels down the road,” he told TIME. ‘There was a roar, like a jet plane approaching, and a lot of snapping and popping. Those were the trees. We got out fast.”

See 9 Stunning Photos From the Volcano Eruption in Chile 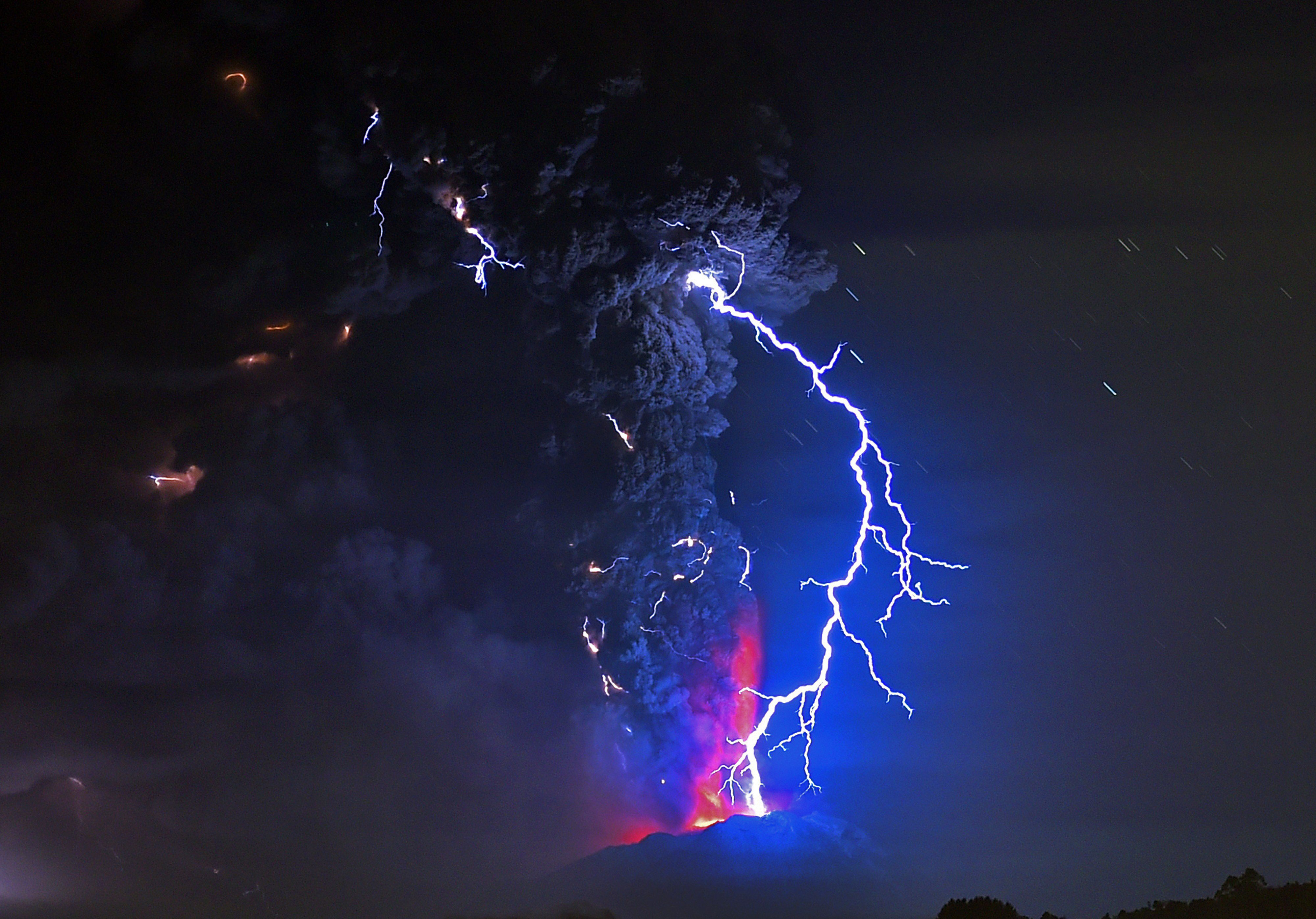 Lightning illuminates a cloud of ash as lava spews from the Calbuco volcano in southern Chile on April 23, 2015.
Martin Bernetti—AFP/Getty Images 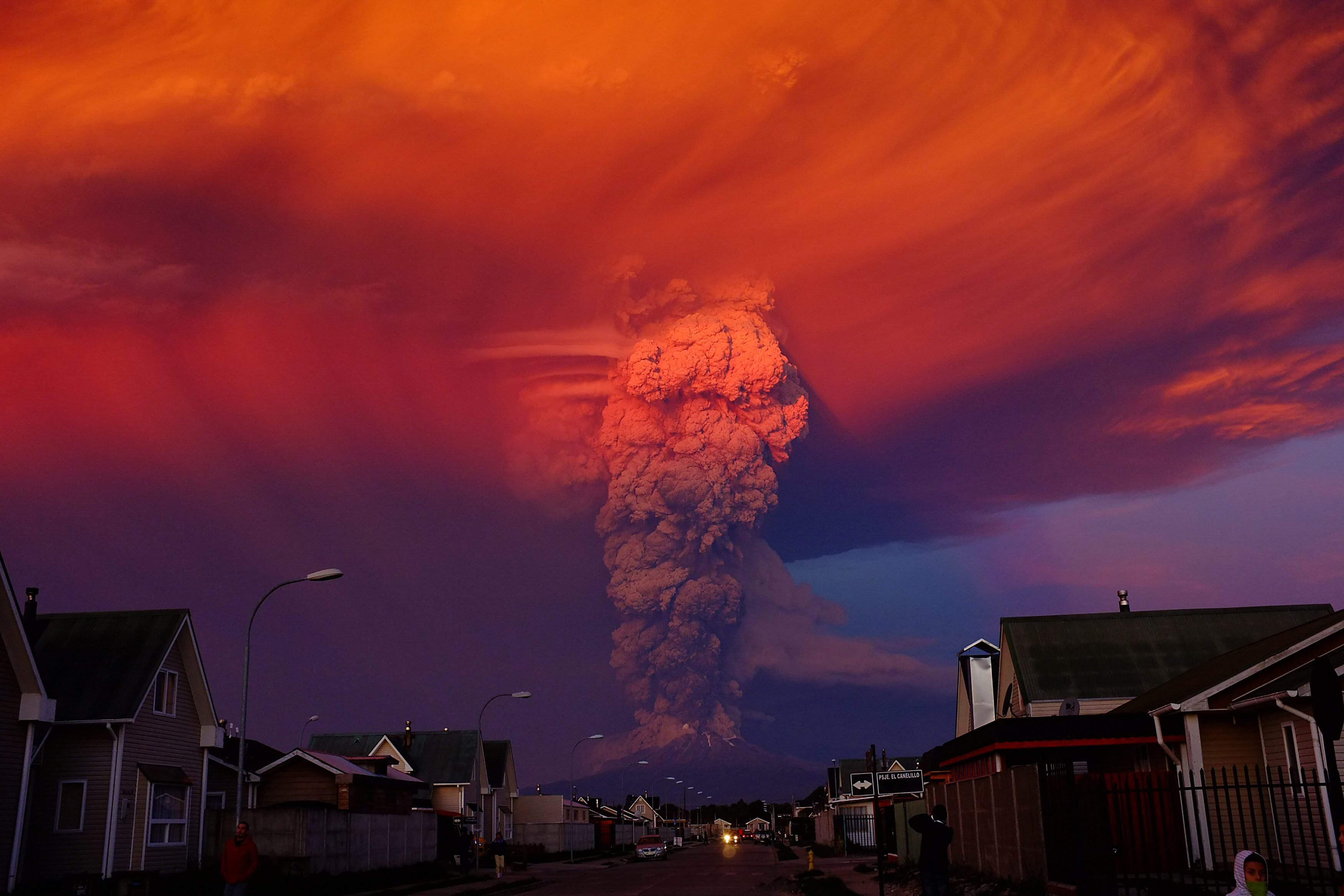 The sun illuminates ash from the Calbuco volcano on April 22, 2015.
Alex Vidal Brecas—EPA 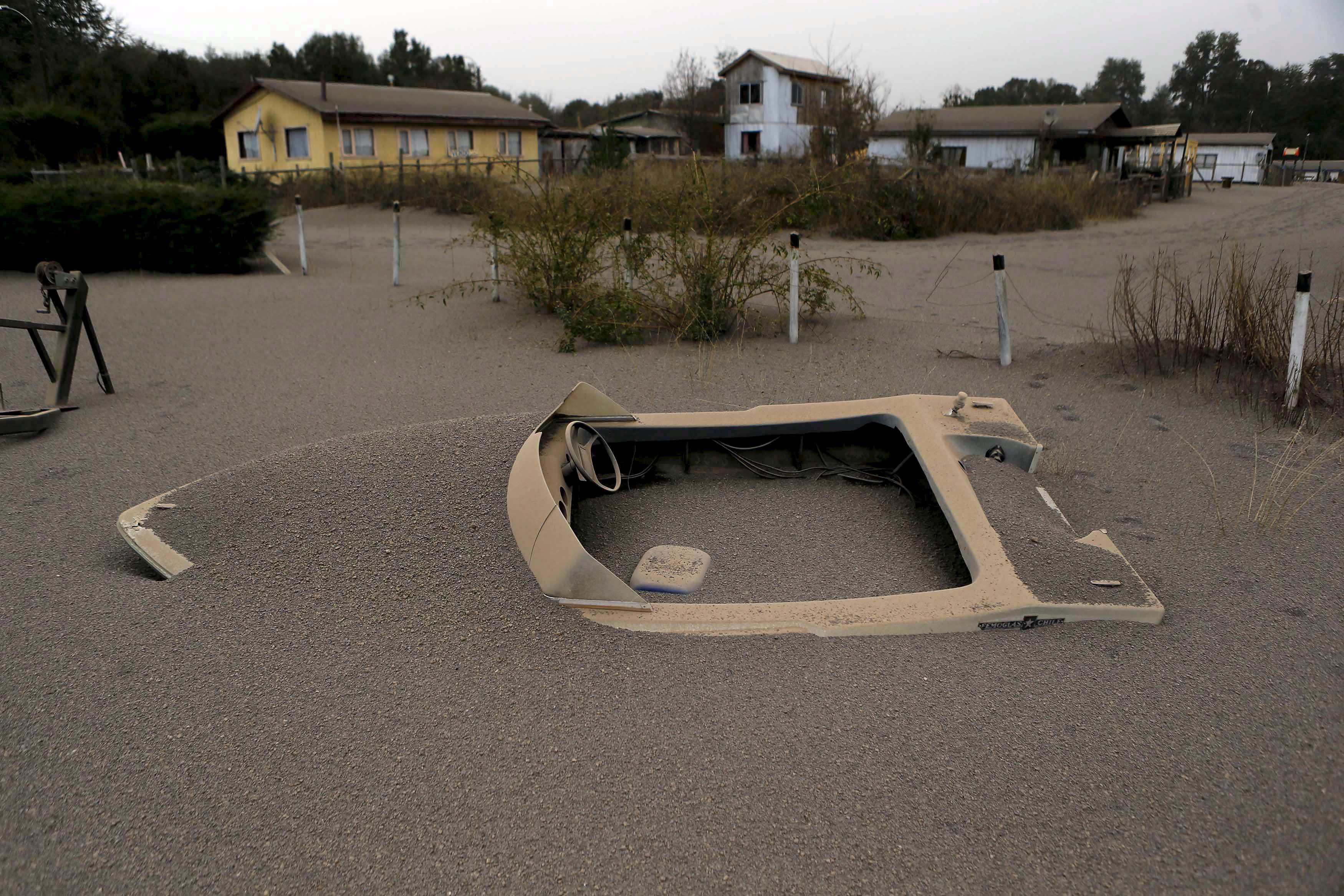 An ash-covered boat sits in the backyard of a home just north of the Calbuco volcano on April 23, 2015.
Ivan Alvarado—Reuters 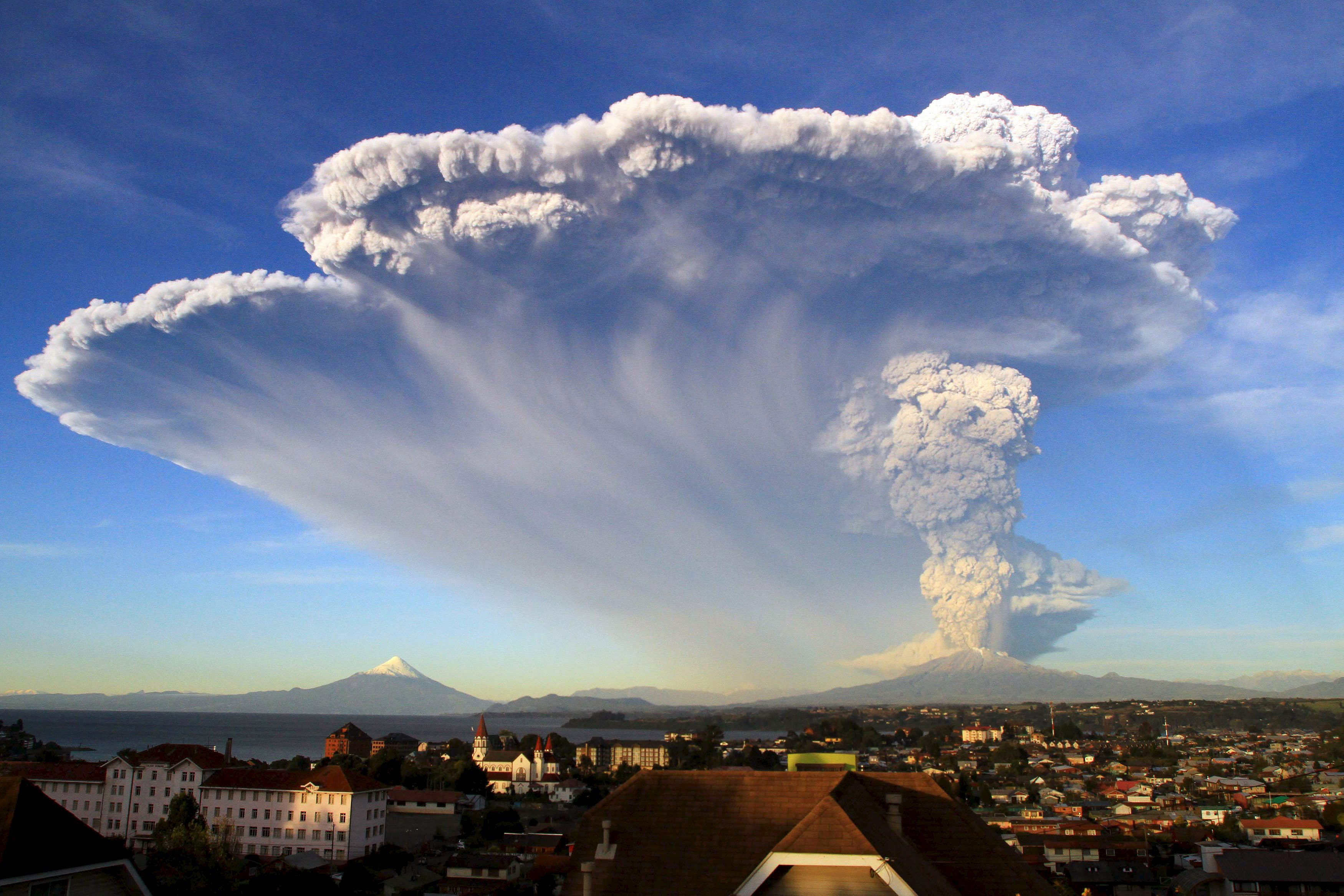 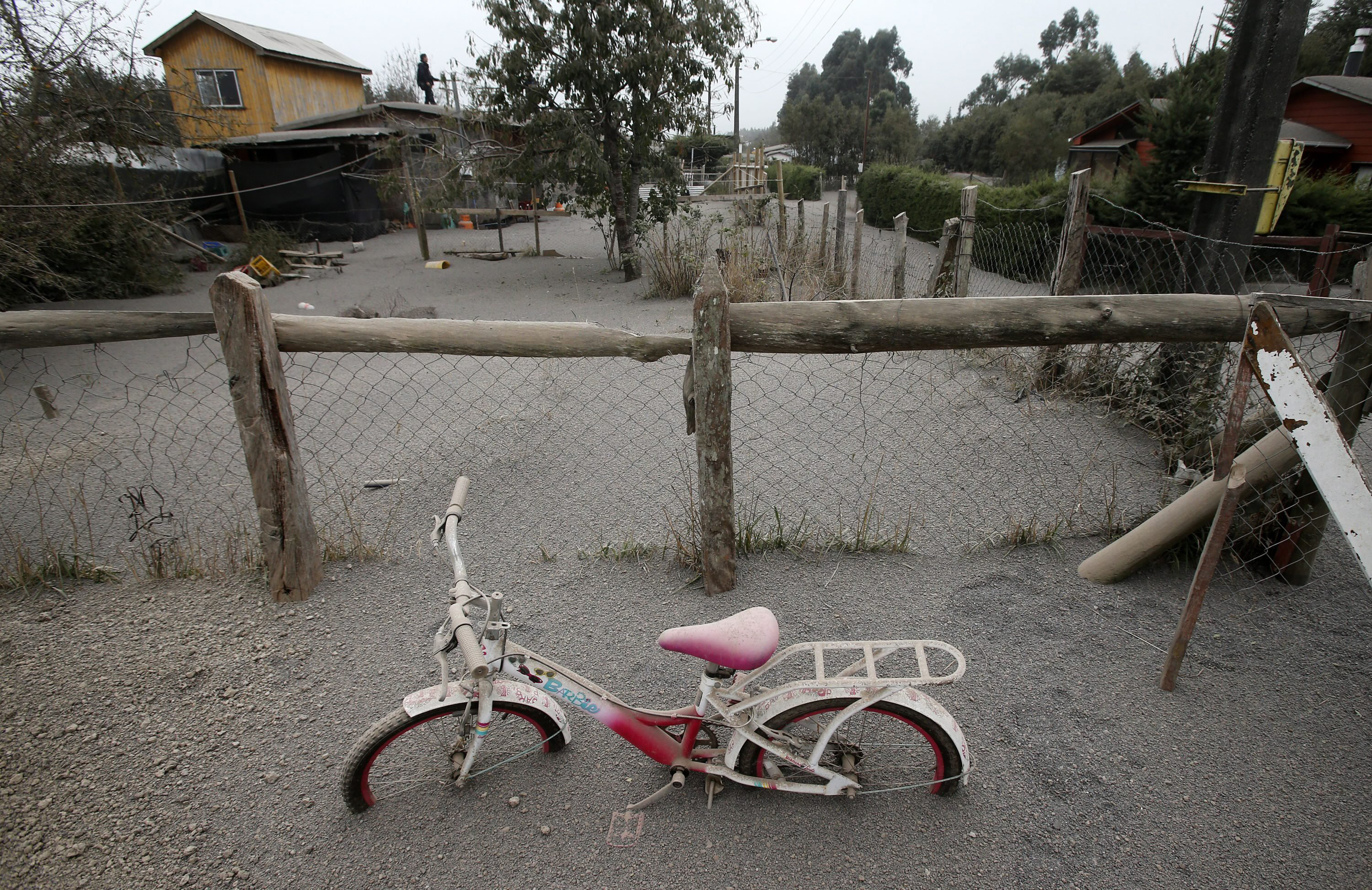 A child's bicycle sits covered in ash on the outskirts of Calbuco volcano on April 22, 2015.
Felipe Trueba—EPA 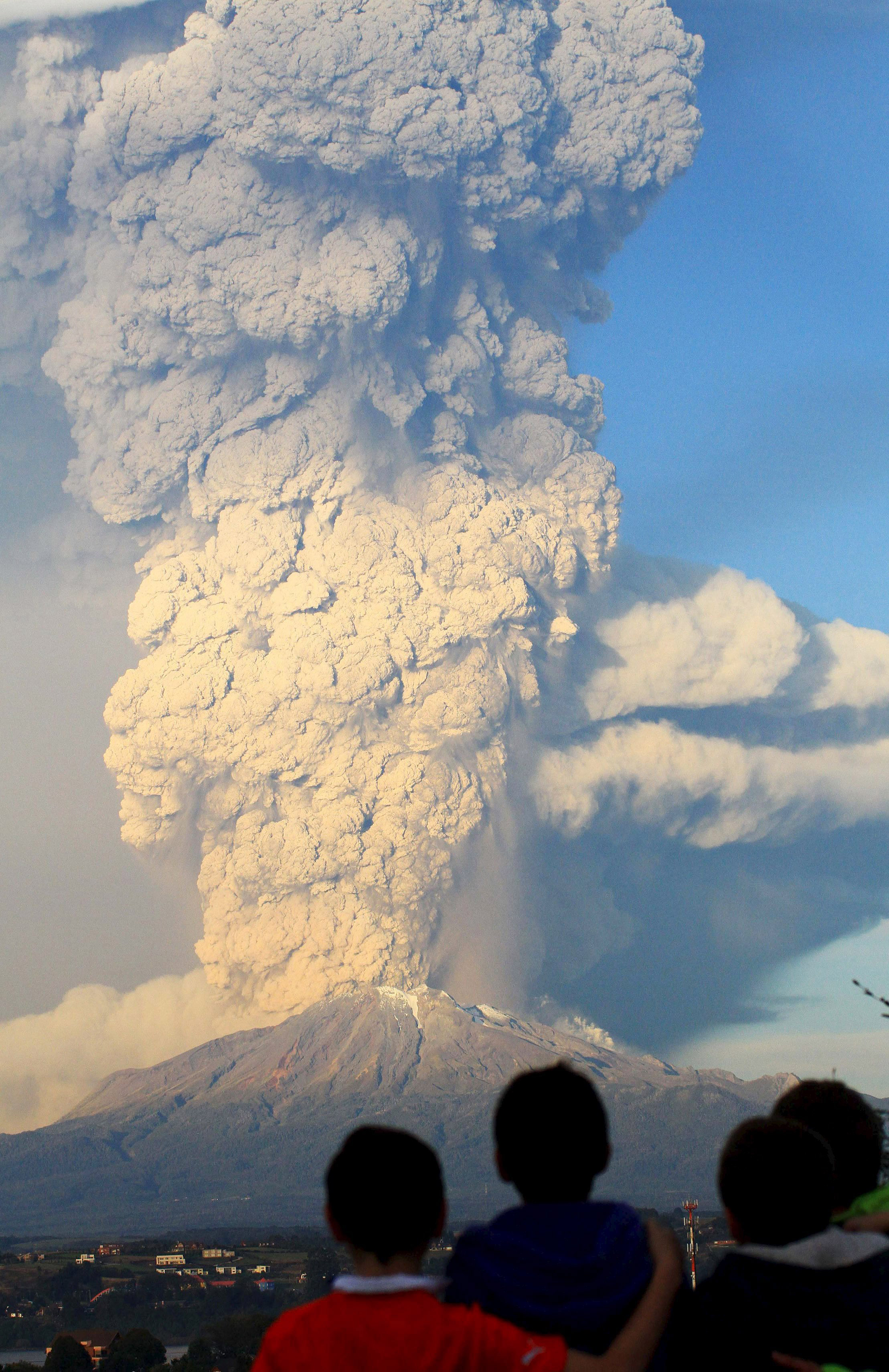 Children from Puerto Varas look on as ash rises from the Calbuco volcano on April 22, 2015.
Carlos Gutierrez—Reuters 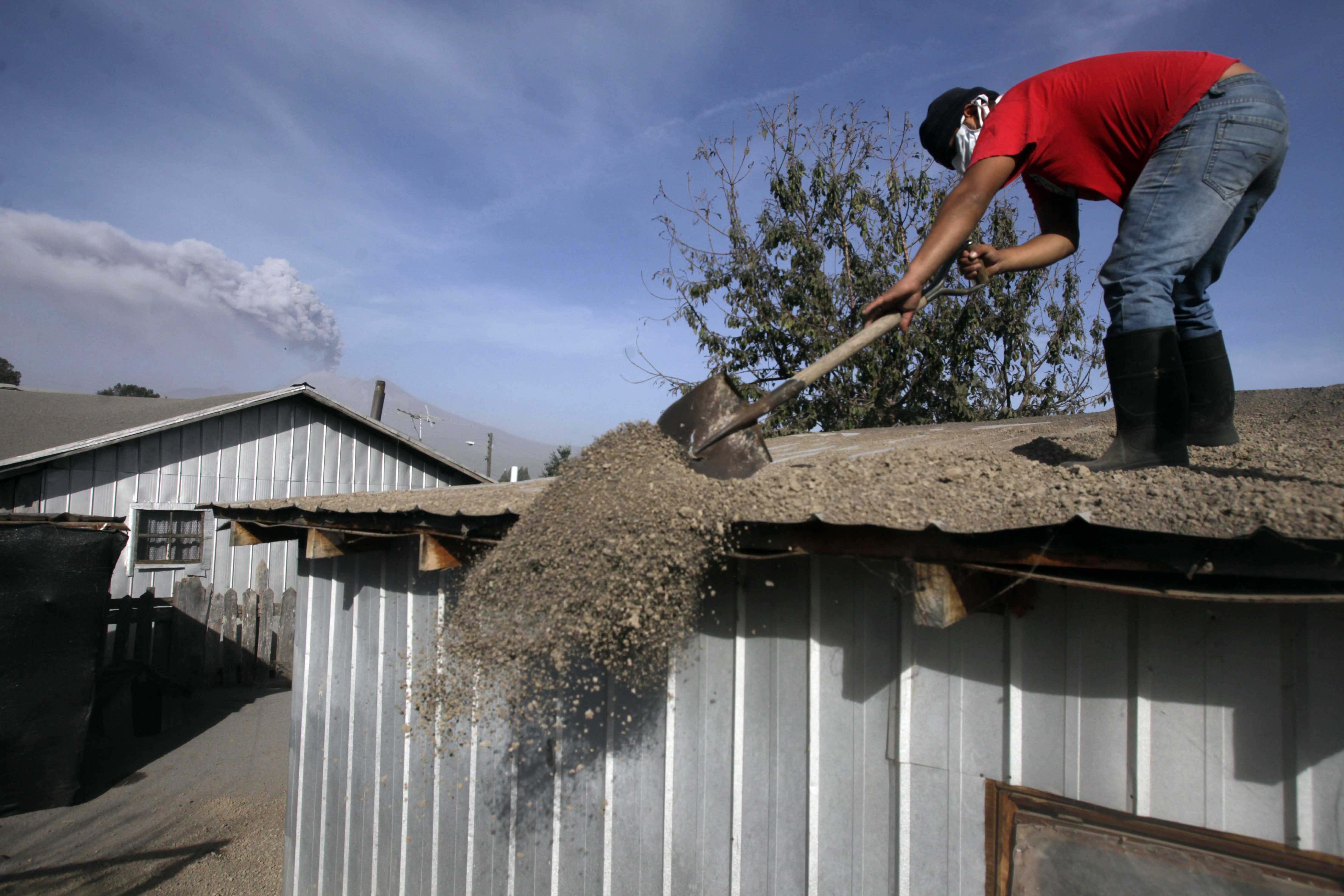 A man sweeps volcanic ash from the rooftop of his home in Puerto Varas, Chile, April 24, 2015.
Luis Hidalgo—AP 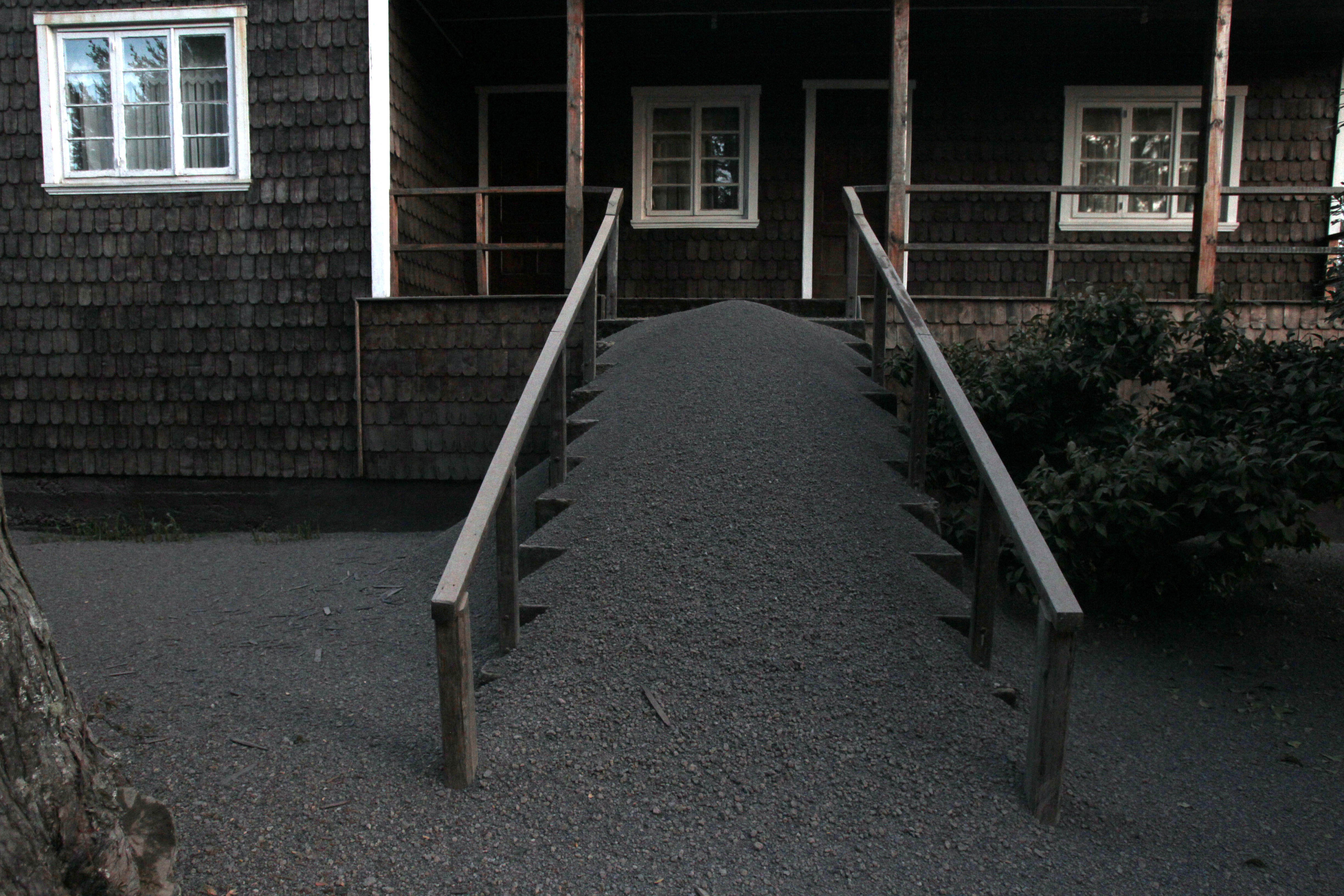 The entrance of a house is covered in a thick layer of ash from the eruption of the Calbuco volcano in Chile, on April 23, 2015.
Luis Hidalgo—AP 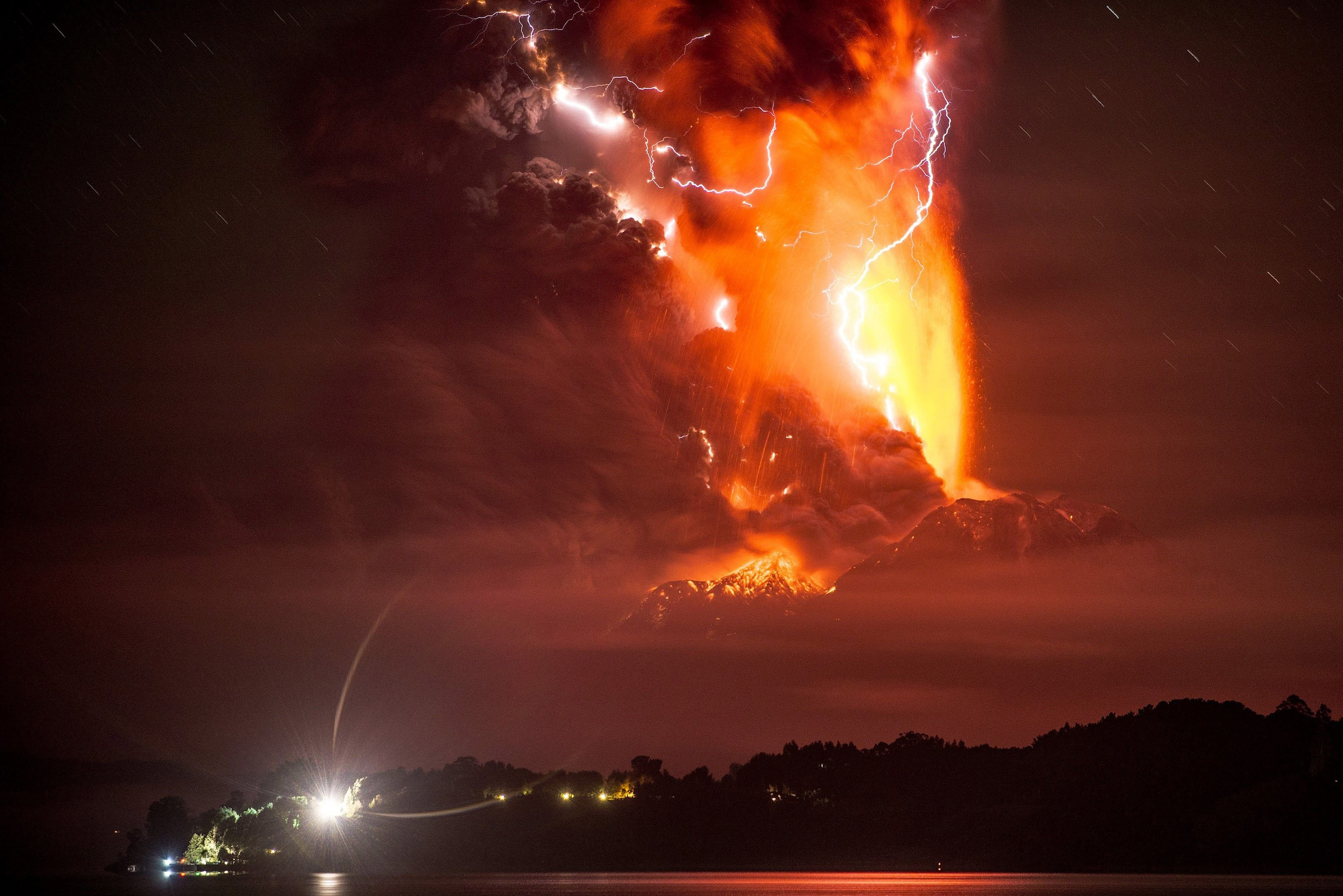 Lava and lightning illuminate a cloud of ash during an eruption of the Calbuco volcano on April 23, 2015.
Francisco Negroni—AFP/Getty Images
1 of 9
Advertisement

The 57 people who died included loggers and miners, journalists and geologists, along with families camping in areas they believed were safe. One was an 83-year-old innkeeper named Harry R. Truman, who became notorious in the weeks leading up to the blast for his colorful crustiness and his stubborn refusal to back down from the volcano’s threats. Despite daily earthquakes at the lodge he ran at the mountain’s base, he vowed to stay there with his 16 pet cats — and a cache of whisky, according to the New York Times.

“No damn way does that mountain have enough stuff to come my way,” he told a reporter for The Oregonian, a month before the mountain buried him and his cats in scalding ash.

But, clearly, an unimpressive volcano in geological terms can still be a staggeringly destructive force by human standards. The superheated gases that bubbled up inside Mount St. Helens ultimately exploded with 500 times the force of the atomic bomb dropped on Hiroshima, per TIME. Spewing an estimated 1.5 cubic mi. of debris, the blast rivaled another volcanic event that made an indelible impression on humanity, if not geology: the eruption of Mount Vesuvius in 79 A.D., which destroyed Pompeii and Herculaneum.

Read more about the eruption from 1980, here in the TIME archives: God, I Want to Live!