Religion in America is fading. According to a new Pew Research Center report, almost 23% of all U.S. adults in 2014 said they were religiously unaffiliated, up from about 16% in 2007. While most of the unaffiliated describe themselves as “nothing in particular,” a growing share say they are atheist or agnostic.

Why is religion in trouble, and should we be fighting to save it?

Some religious groups are holding fairly steady, including the evangelical and historically black Protestant traditions. But organized religion is struggling, and there is a striking correlation, as we have seen before, with income and education, and non-affiliation.

The first adversary religion faces is self-sufficiency. Educated, affluent Americans feel they are doing well. Part of the drive to religion has been to improve one’s lot in this world through prayer, community, and the solace that religion brings. As people feel that their lives are on course and they are able to take care of their own needs, there is less motivation to accede to the demands of time and attention that religion requires.

The second adversary religion faces is a scientific hegemony over the life of the mind. Institutions of higher learning are for the most part, resolutely secular. There is religious life on campus, but most mainstream academic institutions are hospitable to a scientific, secular mindset. You can see this mentality on display in the bestselling and provocative book Sapiens: A Brief History of Humankind. Its author, Yuval Harari, blithely proclaims that all values are human constructs, all religions are mythological motivators, and science has no dogma. This is all taken more or less for granted in the halls of academe.

The third adversary to religion is the decline of genuine community and extended family. Modern social arrangements sap religious vitality. The Bible’s first statement about human nature has also been one of religion’s great appeals: “It is not good for a person to be alone (Gen 2:18).” Faith communities enable powerful bonds of association. Even modern studies confirm unambiguously that nothing is more important to longevity and health than the quality of one’s relationships.

Yet in an age of social media, our relationships are increasingly less likely to be dependent on gatherings like those at houses of worship. People who went to church socials to meet a mate are swiping through profiles on dating sites. Grandparents, whose religious affiliations were so decisive in moving grandchildren to devotion, are often no longer living in the same house with their grandchildren, but are visited occasionally in assisted-living complexes.

Religion itself has a lot to answer for as well—including some worship services that are disconnected and dull, beliefs that run powerfully against the grain of modern discoveries or modern sensibilities, a smug authoritarianism assumed by some religious leaders, and the view that religion is at the fulcrum of much of the world’s violence.

Yet although this finding will be applauded by many, do not celebrate too quickly. Not only is religion responsible for much of the world’s good works, but houses of worship serve a crucial function of community in a fractured, polarized, and screen-obsessed society. In my synagogue each week, people put their arms around each other and sing. Theology aside, that deeply human and moving experience is rarely found elsewhere in the modern world.

Today is not the only day that matters. History, tradition, and collective wisdom are not negated because of the ingenuity of the latest app. Religion is our spiritual time capsule, bringing us what was precious to those before us. Much has changed, but not the human heart. Modern leaders need to learn how to speak anew, not only of God but also of ideals like dedication, self-sacrifice, kindness, and love. 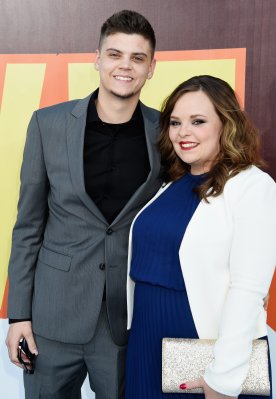 An Honest Debate About Abortion Needs More Voices
Next Up: Editor's Pick