Former CIA Deputy Director Michael Morell warns in a new book that the U.S. is still vulnerable to terrorist attacks, especially from ISIS-inspired groups, and that terrorists could bring down another airliner in the U.S.

“If we don’t keep pressure on the terrorists, they are going to rebound until they’re able to conduct another 9/11-style attack,” Morell told Politico Magazine. “One of the reasons I wrote the book is that I wanted American people to know that.”

Morell wrote in his book, The Great War of Our Time: The CIA’s Fight Against Terrorism From al Qa’ida to ISIS, that al-Qaeda could bring down another airliner “tomorrow” and he would “not be surprised.”

He said America is not only vulnerable to airliner attacks, but also to smaller-scale attacks on the ground. “You get 10 or 15 guys and send them into malls on a Saturday with single weapons and have them kill 10 or 20 or 25 people,” he says. “Having al-Shabab talk about attacking malls and encouraging radicals in the United States to attack malls really worries me.”

Morell, who started working at the CIA in 1980, served as deputy director of the agency for three years under President Obama. He retired in 2013 and now works in private security consulting and as a contributor to CBS News. 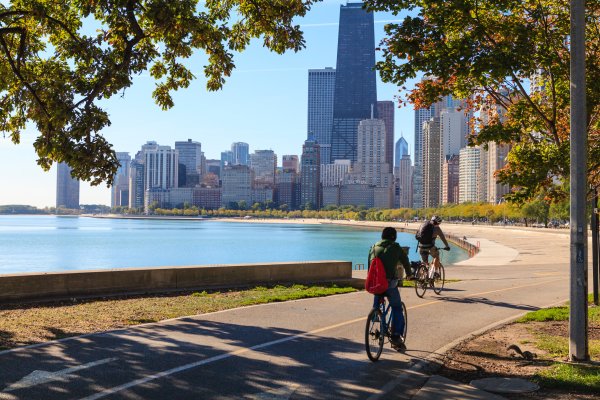 These Are the 9 Best Cities for Biking to Work
Next Up: Editor's Pick