Cara Delevingne and Dane DeHaan are making what Luc Besson describes as a “big sci-fi” film with the Lucy director. Besson announced the movie, Valerian and the City of a Thousand Planets, and the casting via Twitter:

According to The Hollywood Reporter, DeHaan will play Valerian, while Delevingne is set to play the character Laureline. The news signals the continued ascent of model Delevingne, who stars in this summer’s John Green adaptation, Paper Towns, and the upcoming DC movie, Suicide Squad.

Besson has been attached to tackle Valerian for a while now: In 2012 Variety reported that Besson, a “longtime fan” of the series created by Pierre Christin and Jean-Claude Mezieres in 1967, was working on the project. According to Variety, Valerian Mezieres served as a “conceptual designer” on Besson’s The Fifth Element. 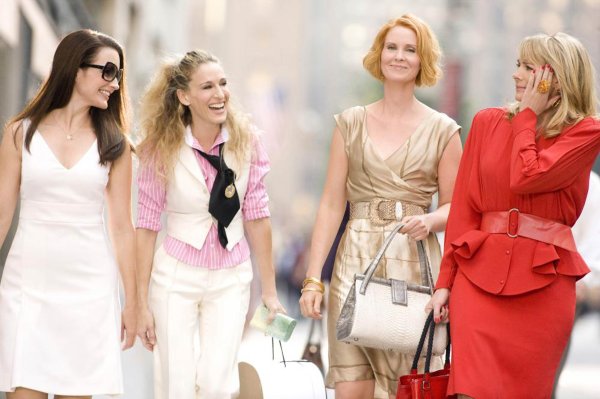 Why America Wants a Third Sex and the City Movie
Next Up: Editor's Pick