Morning Must Reads: May 12

TIME recently launched TIME Politics, a morning email newsletter digest of what you need to know every morning to stay on top of the 2016 campaign. Since Morning Must Reads started many years ago as a Swampland political digest, we have decided to return to our roots by posting the TIME politics digest here, instead of The Brief. But you should make sure to get both in your email. So please make sure to subscribe below, and enjoy the campaign. We’re just getting started.

Good morning from Washington, where poverty and inequality are on the agenda. President Obama will join Robert Putnam, professor of public policy at Harvard University, and Arthur Brooks, president of the American Enterprise Institute, at Georgetown for a wide-ranging discussion. Meanwhile, New York City Mayor Bill de Blasio and Massachusetts Sen. Elizabeth Warren will appear together as he unveils his “Progressive Agenda”—cast as a version of the old 1990s Contract with America for the left. The liberal icons are fighting to hold former Secretary of State Hillary Clinton accountable to the Democratic base, even as she is the far-and-away front-runner for the nomination.

Across the aisle, New Jersey Gov. Chris Christie is out with a new tax plan, that he argues will stimulate economic growth. The issue will rear its head once more on the Senate floor, where lawmakers are voting on granting Obama Trade Promotion Authority to pursue the Trans-Pacific Partnership. Proponents and detractors of the free trade deal cast it respectively as an engine for revived economic growth and another burden on underpaid workers.

“Some people are generally pro-trade or anti-trade. She’s case-by-case on trade.” — Gene Sperling, director of the White House’s National Economic Council in both the Clinton and Obama administrations, on Hillary Clinton

“Why so few improvements were made at the [State Departments’ Temporary Mission Facility in Benghazi, Libya], why so few State Department security officers were protecting the US ambassador, Chris Stevens, why they allowed him to travel there on the anniversary of 9/11, and why they allowed him to spend the night in Benghazi are unclear.” — Former CIA Deputy Director Michael Morell in an excerpt of his new book published in Politico addressing the attacks of 9/11/12

First Republican presidential debate on track for Aug. 6 in Cleveland 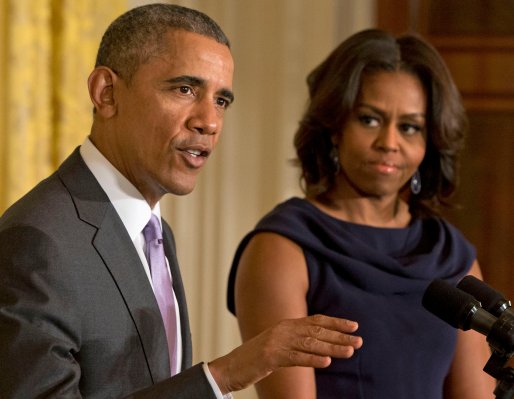 Obama Presidential Library Headed to Chicago's South Side
Next Up: Editor's Pick