China’s smartphone market may have contracted 4% year on year in the first three months of 2015, according to tech data firm IDC, but Apple isn’t feeling the pain. During that same period, the California tech giant’s revenues in greater China expanded by 71% to $16.8 billion, outpacing Apple’s overall global growth of 27.2%. Apple is now the largest smartphone vendor in China — the pole position that Samsung held a year ago — with the iPhone 6 and 6 Plus driving local sales.

Apple’s CEO Tim Cook traveled to China to celebrate Chinese consumers who have snapped up more iPhones this year than their American counterparts. On Monday, Cook joined Weibo, the Twitter-like social-media service that has succeeded in part because Twitter is banned from China. While Weibo is battling other popular domestic social-media networks like WeChat, the arrival of an Apple CEO still commanded plenty of attention. Within 3½ hours of joining Weibo, Cook had attracted 300,000 followers. (By Tuesday morning, he had around 400,000 followers.)

Cook’s inaugural Weibo message? “Hello China! Happy to be back in Beijing, announcing innovative environmental programs.” Apple has endured criticism for the way some of its China-based suppliers have treated their workers, as well as for the high price of its handsets in China. But Cook was in town to promote Apple’s efforts to manage forests in partnership with WWF. 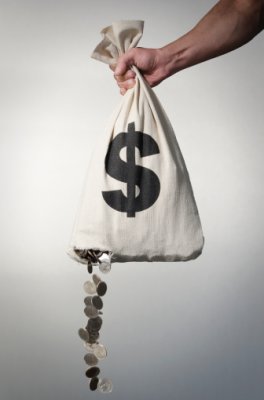 These Are 15 Companies Losing the Most Money in 2014
Next Up: Editor's Pick